Artist Christopher Locke – who also made these gadget fossils – used a salvaged trumpet to make an analog amplifier. Just like th iVictrola, the trumpet does all the work, so there’s no electricity needed. Locke uses it for his iPhone, but actually it can be used with any media player that will fit on the steel dock, provided that it has built-in speakers. 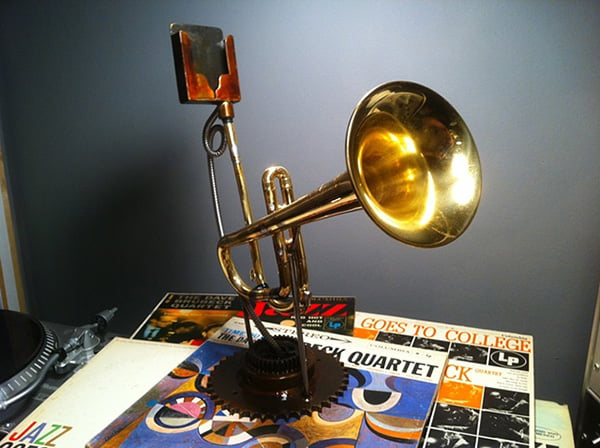 Here’s the “Analog Tele-Phonographer” in use:

Locke actually built a second version using a different trumpet, with one of the valves cleverly used as a mute button:

If you had your eyes on the second version, tough luck, someone already bought it. The original Analog Tele-Phonographer is still available though, but the price might not be music to your wallet’s ears – Locke is selling it on his website for $400 (USD).

[via Cult of Mac via Walyou]