If you worry about radiation with all the post-quake nuclear troubles, going on in Japan, you can build your own radiation detector if you feel the need. The Libelium team decided that they wanted to put together a project that would let those living in Japan keep track of the radiation. 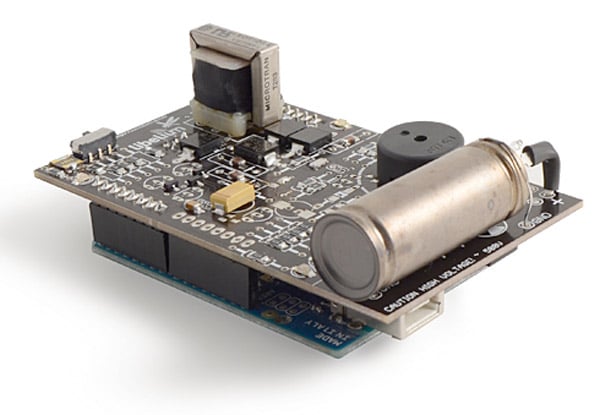 The team built a DIY Geiger counter using Arduino and some hard work. Apparently, the expensive part is getting that brass tube, which is the radiation detector part. The team has verified what tubes will work with their setup and listed them up on their website. Many of these tubes can be found over on eBay. The gang of geeks already shipped an initial batch of them to hacker groups in Japan at no cost, in hopes of spreading the word.

The entire thing looks really compact too. I would worry about its longevity though with all the parts exposed to the elements when in use, a case might be in order.