The first major purchase I made after college was a Neo Geo game console. The thing was about $500 when I bought it and I thought it was the best graphics that would ever be. Today my iPhone looks better, but I still remember that Neo Geo. Analogue Interactive is making the Neo Geo once again, this time swathed in wood. 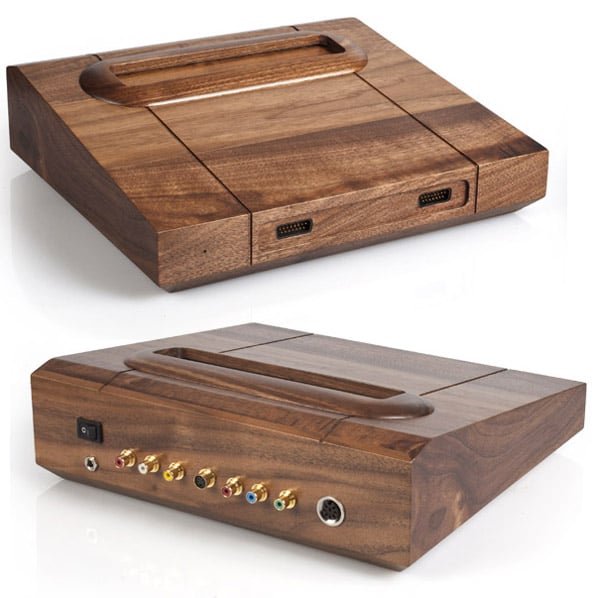 The company has a cool console called the Neo Geo Consolized MVS that takes all the parts that make the Neo Geo and puts them into a beautifully made hardwood walnut box. The wooden case has dust flaps over the cartridge section and everything.

On the front are two joystick ports that work with any controllers for the Neo Geo. The back has stereo audio, composite, S-Video and Component and Pure RGB/SCART outputs so you can use it with yout HDTV. You can pre-order one of these awesome wooden consoles for $649 (USD) for shipment in May.