If you were sitting on your couch, drinking tea with your pinky sticking out as you waited for your butler to bring you your sugar cubes reading about that giant 103-inch BeoVision 4 TV from Bang & Olufsen back in 2009 and wondered what sort of ostentatious prick would buy such a massive and overpriced set, B&O has something slightly less snooty for you. The new set is a mere 85-inches across and is the BeoVision 4 85-inch Plasma. 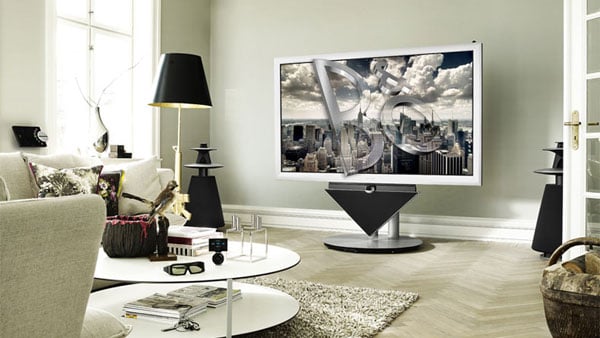 The 85-incher is notable in that it’s the only B&O set to support 3D content, and it uses active glasses. It also supports full HD content for 2D as well, and looks nice enough sitting there in its aluminum frame. The TV uses the Beo6 remote control and has a BeoLab 10 center loudspeaker underneath to match your high-end B&O surround sound system.

B&O are mum on the hard tech specs, but they’d better be really good at the price this set is likely to cost. It will be slightly cheaper than the $130,000 the 103-inch plasma sold for I would imagine. Naturally there is no price listed, because if you have to ask…