Toshiba has been selling notebooks for a long time now, but the company is probably more known for its line of TVs. The company has unveiled a new Android tablet called the Regza AT300. The tablet is able to use the apps that Toshiba has for its Regza TVs and can be used as a remote control for the sets too. 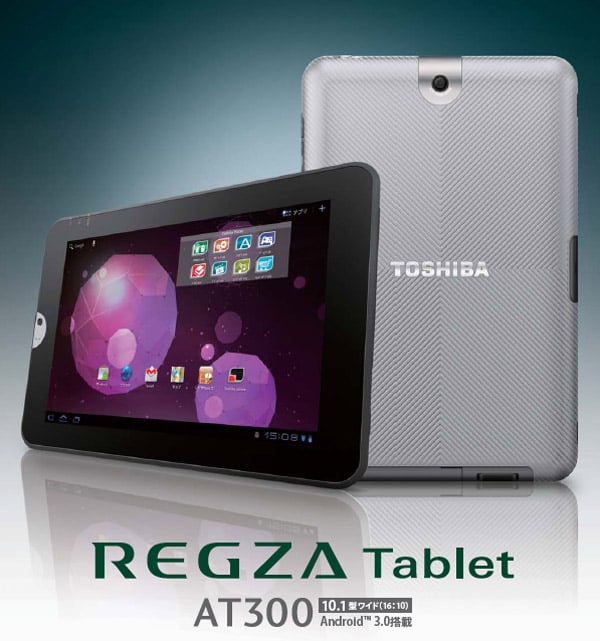 The OS is Android 3.0 and it has a 10.1-inch screen. At this point, the Japanese translation gets sketchy; it seems the tablet has 16GB of storage. I also sports Bluetooth and WiFi. It does have cameras built into the front and back too.

It appears that the camera on the front of the tablet is a 2MP unit. The one on the back is apparently a 5MP unit. The tablet weighs 765g and it has a HDMI output as well. Pricing and availability are unknown at this time.