iBook as iPad Case: A Wolf in Sheep’s Clothing

A while back, I showed you guys a casemod that took the original toilet-seat shaped iBook laptop and turned it into an iPad dock. While that thing definitely had questionable looks, at least this iBook/iPad mash-up mod is a little easier on the eyes. 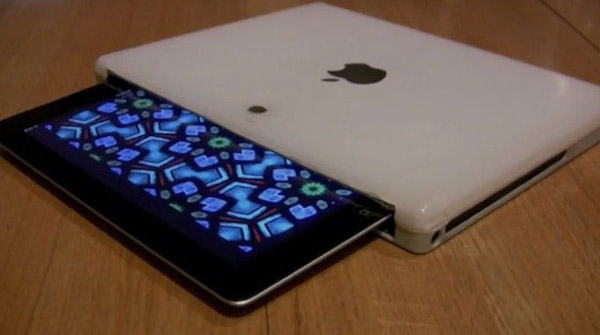 In this particular case, modder Gary Katz and his son gutted the insides of a later-generation iBook, lined it wit a “soft fuzzy material” and turned it into an iPad case. They even kept the original keyboard intact – although it doesn’t appear to be functional anymore. 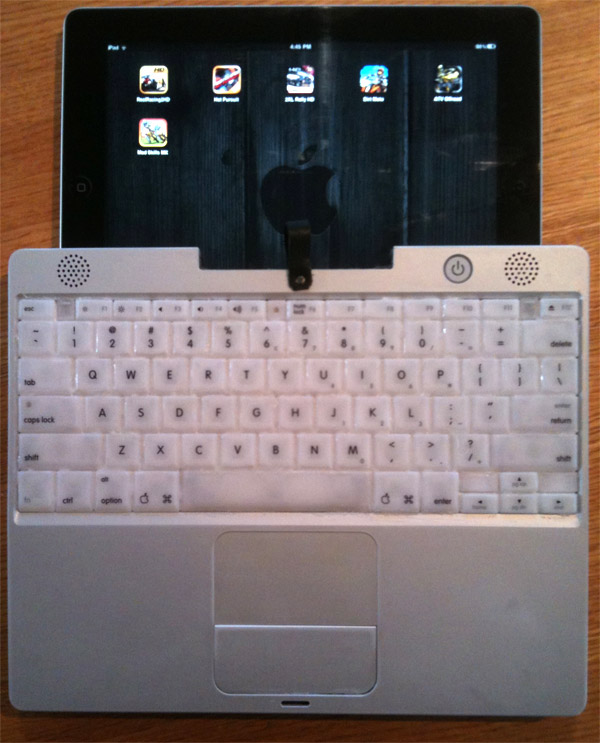 A small leather strap with a magnet on the end keeps the iPad safe and secure for transit. The best part of the mod is how they removed the Apple logo, letting it show through to the screen of the iPad, so when the iPad is turned on, it looks like a cool apple-shaped LCD screen. See it in action in the video below:

If you happen to have an old, dead iBook lying around, this might be a fun mod. The only thing that would have made it better would have been if they turned the keyboard into a bluetooth one so it could be used with the iPad.