The Freaker Keeps Your Bottles Freakin’ Cold (Or Freakin’ Hot)

“Freaker” is probably not a name I’d pick for a bottle/can/jar/glass insulator but that’s just what these folks named theirs. Of course, you probably wouldn’t expect something called the Freaker to be useful or functional, but this one surprisingly is.

It’s extremely elastic and stretchy and comes in a whole host of loud colors. The Freaker also swears that it can fit over anything and everything and keep your drinks either cool or warm, as you like them. 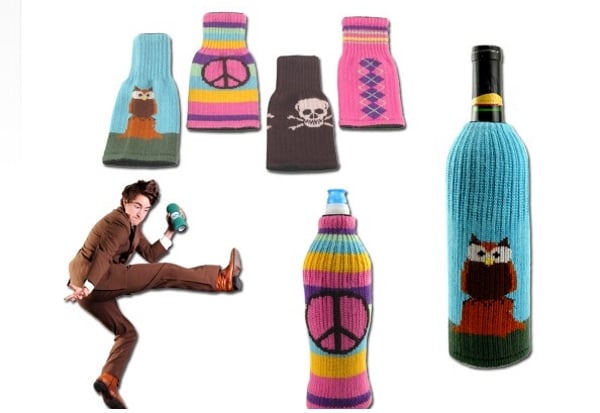 Fit it over champagne bottles, beer cans, juice bottles, wine glasses, and even your own arm! These guys have been in the biz for a while now but the people behind Freaker have recently launched a new project to produce a special edition Kickstarter Freaker.

Fancy a Freaker with shades of blue or a pink one with a white skull in the middle? There are currently 30 designs for the Freaker so you might want to start collecting ’em if they’re up your alley.

There’s a whole list of offers and various Freaker packs they’re giving away to backers who pledge $25 or more. They’re also promising to throw you and your friends a BBQ or Grilled Cheese party for pledges ranging in the $2,000-$3,000 zone in the official Freaker box truck.

Want to get freaky? Check out their Kickstarter video below to learn more (and to get a few laughs.) If you’re sold on the idea, then head on over to Kickstarter to give a pledge.