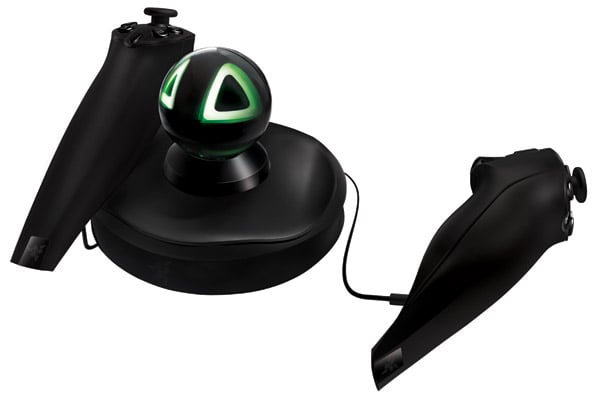 The system is called the Razer Hydra and it is a motion controller that has two handheld grips with an analog stick on one side and buttons on the other. The controller offers six degree-of-freedom magnetic motion controlling. The controllers have rapid-fire triggers, a slip-free grip and lots more. Razer says the Hydra will work with over 125 games right out of the box, though Valve developed special functionality and bonus levels for Portal 2. Here’s some demo footage showing how the Hydra is used to play both Portal 2 and Bulletstorm:

You can get the Hydra and Portal 2 bundle for $139.99 (USD) with shipping set to start in June. Razer should start taking pre-orders in May.