Wii 2 Controller to Have 6.2-inch Touchscreen?

Rumors are flying that a new console from Nintendo will ship in the fall. According to various sources, Wii 2, Wii HD or “Project Cafe” as it’s known by insiders, will have one incredible controller/remote. While I don’t know how accurate this IGN mockup is, the idea of a 6.2-inch diagonal touchscreen with 8 buttons is certainly intriguing. 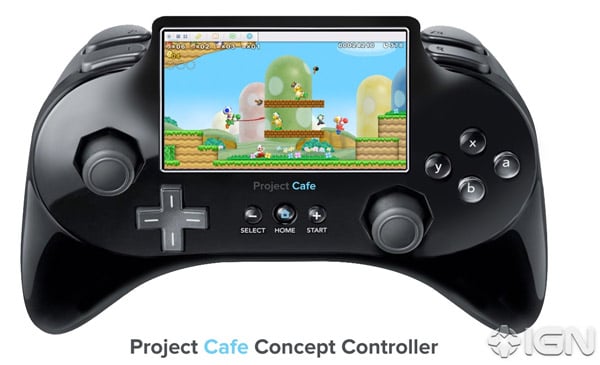 This mockup definitely looks un-Nintendo-like, but ultimately, it will be interesting to see where they will place the touchscreen and those eight buttons, and still end up with a usable controller. The controller will continue to have the same functions as the ones from the current Wii. This could help prove rumors that the new Wii will be backward compatible with the previous generation.

For now, speculation will continue until Nintendo’s E3 conference in June, which is when the word on the street is that Nintendo will reveal all. All in all, it’s pretty good news because I was getting tired of the current crop of consoles. I’ve had my Xbox 360 since 2005 and while Microsoft claims that they won’t release a new console before 2014. But once a new Wii is out, they’ll probably have to accelerate their plans.