This might just be the most beautiful keyboard I’ve ever laid eyes on. Each key cap on this modified Apple keyboard is cut from sandblasted lumber, providing a ridged, tactile feel under fingertips. 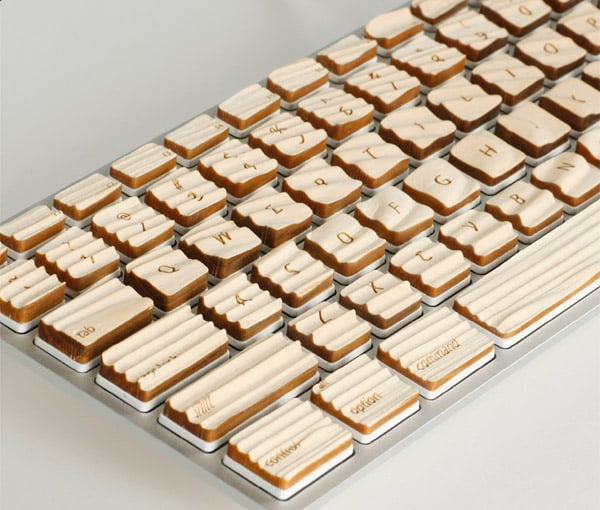 The Engrain tactile keyboard was designed and created by Pratt design student Michael Roopenian in order to provide a more natural connection between users with their interfaces. He actually played with other surfaces including stone, sand and some sort of fuzz, but ultimately settled on wood key caps. I have to say he made the right choice. 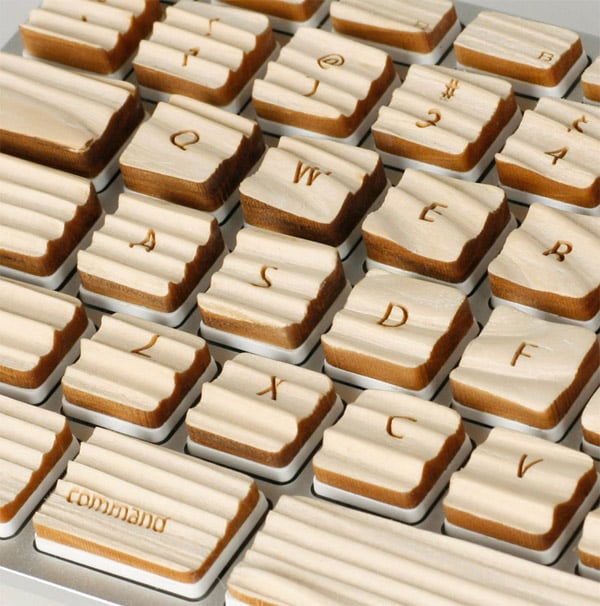 Assuming that there aren’t any splintery bits on the keys and they’re not too rough, I could totally see myself using one of these. Michael, you should start producing these – I bet you’d sell at least a handful. 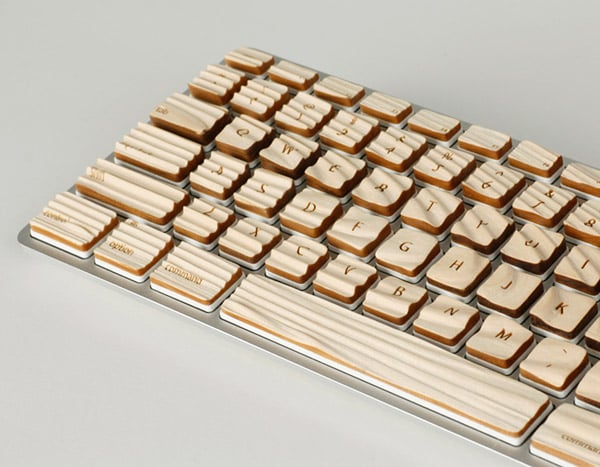 [via core77 via Colossal]