Mike Choi busks for money every Saturday at Little Tokyo in LA. He plays the melodica quite well and also takes requests, but you should really hear him play his geeky repertoire – themes from classic Nintendo video games like Super Mario Bros., Zelda and Mega Man as well some Final Fantasy 7 music. 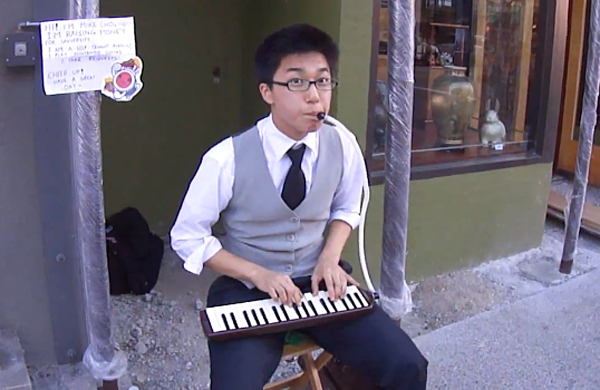 I wonder if he takes requests for music from Xbox and PS games.