Designer Jonathan Robson liked little comics that he received as a kid that were based on LEGO blocks. He says that the comics helped him to learn to read so he set about creating something for kids today that would make them want to learn to read. 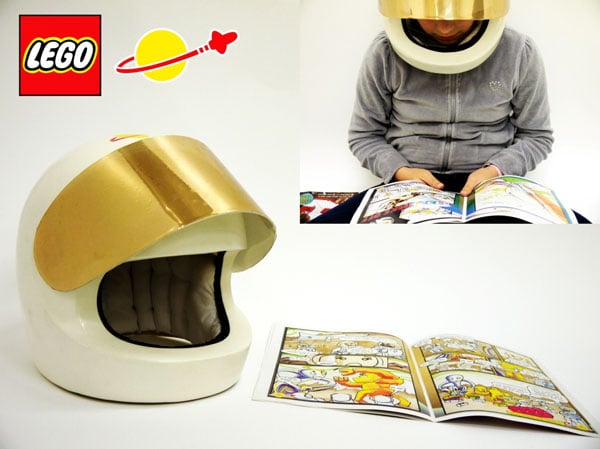 What Jonathan invented is a concept for a kid-friendly helmet that looks like something a LEGO minifig would wear in space. Inside the padded helmet are speakers so the wearer can hear the comics be read with and follow along with the story. The helmet even has controls on the side for volume and skipping pages. 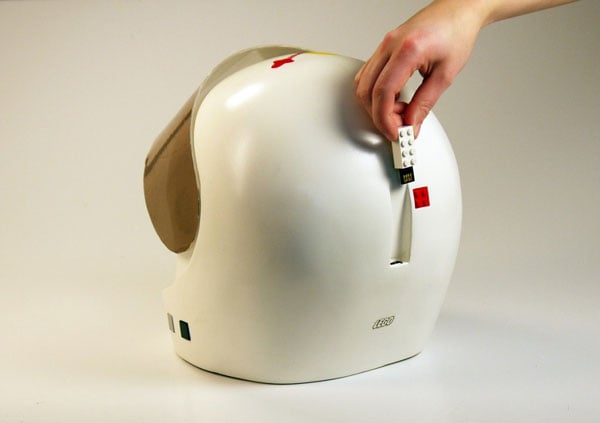 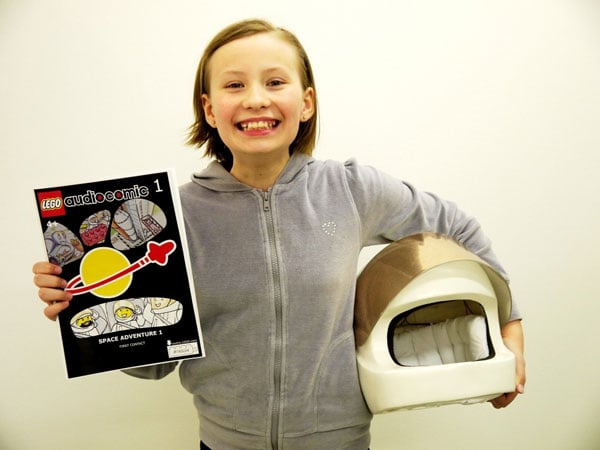