I’ve been fortunate enough with my current desktop PC never to have seen the Blue Screen of Death, but it was a common occurrence in Windows Vista, Windows XP and many versions before it. While it hasn’t completely eliminated error messages, it looks like Microsoft has decided to change the colors of the infamous BSoD from blue to black in the upcoming Windows 8. 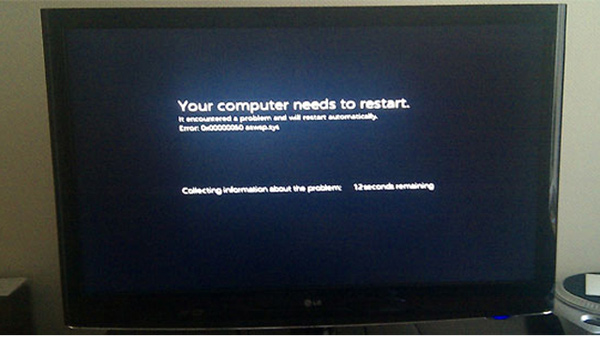 This new BSoD was discovered thanks to an early build of Windows 8, and photographed by My Digital Life forum user Canouna.

Windows 7 has been available for about 18 months and in this time it’s been purchased 350 million times. That’s quite an amazing number. On my main rig, I went from XP to Windows 7 and I have to say that I like Windows 7. Like many programmers, I grew up despising Microsoft, but honestly the latest iteration is pretty sturdy, at least for what I do. Hopefully, Windows 8 won’t break any of that.

In all honesty, as long as I don’t ever see this message, I’m fine with whatever color they choose for it.