It seems like the Turret will be replacing the Companion Cube as the adorable mascot for Portal. What better way to amp up the charms of the respectful killing machine than by making a plushie? Actually there is a better way – make an interactive, talking turret plushie. 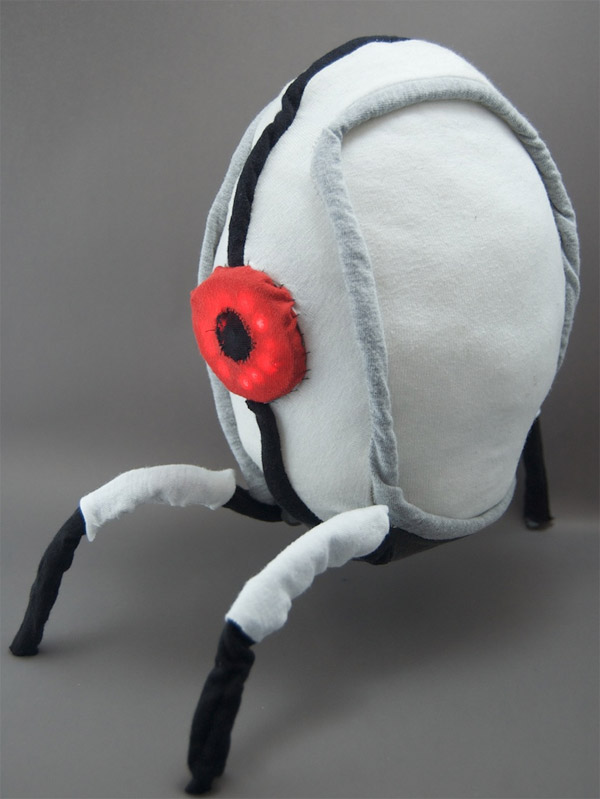 Jonathan Guberman has long been a fan of the lowly Aperture Science robotic guards; in fact he admits to being surprised at the level of adulation that people have for the Companion Cube. The release of Portal 2 seemed like a perfect time for Guberman to show just how much more fetching the turret can be, so with the help of Leigh Nunan, he made Trudy, a baby turret.

In case you weren’t able to watch the video, Trudy has a motion detector, a pressure sensor and a tilt sensor, so she knows if someone’s in front of her, when she’s picked up and knocked down, and will subsequently recite the appropriate line from the game. Since the turret is Valve’s intellectual property, Guberman can’t sell a kit or even make another turret for someone else, but if you have the electronics and stitching skills you can head over to his blog for details on how he and Leigh made Trudy.