I rather like this PC casemod made from a bunch of LEGO bricks. What’s cool about it is that it really does look to be mostly constructed by the colorful primitive building blocks, and cleverly designed to prevent the computer from overheating. 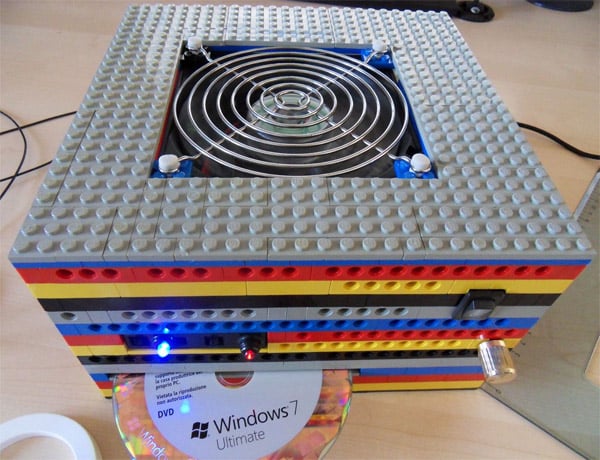 Modder gi0v3 made the case entirely from LEGO bricks without any screws, solder, glue or tape. He carefully drilled out a number of bricks to allow for airflow, and then there’s a gap in the top of the case for a cooling fan. 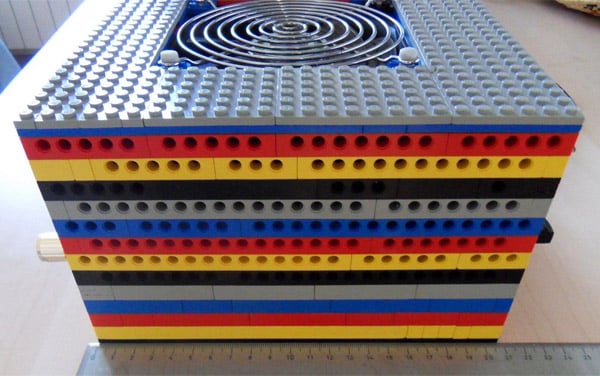 He says that the entire case could be snapped apart if he wanted to (but why would he?) and from the looks of things, there’s no reason why you couldn’t snap some additional bricks to the top of the case. I’d like to see a bunch of Minifigs hanging out up there. 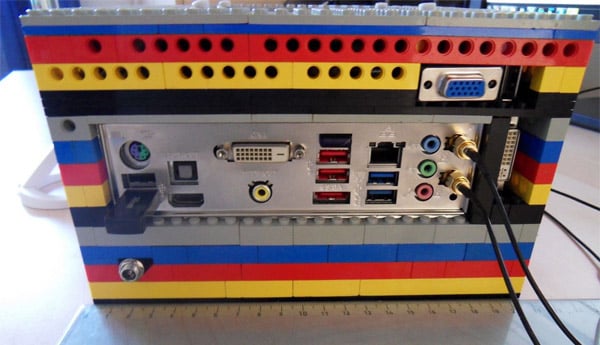 Under the hood, the LEGO PC runs an AMD Athlon II 605e quad-core CPU running at 2.3GHz attached to an ASUS Mini-ITX board. It’s fully-outfitted with USB3, SATA3, Bluetooth and WiFi, and has 8GB of zippy SODDR3-1333 RAM. It’s also got a pair of Samsung 250GB hard drives, a slot-loading DVD-RW and an ATI Radeon HD 5570 GPU. 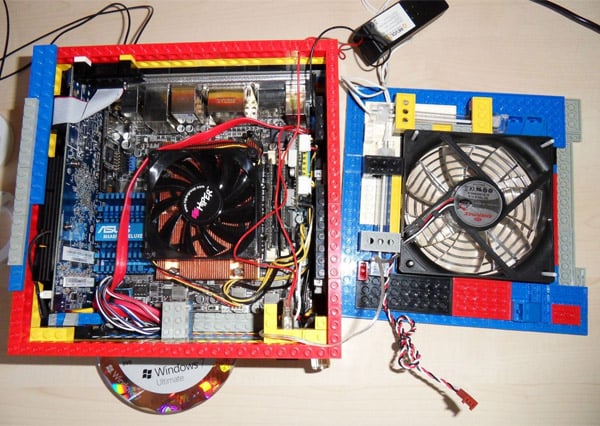 It’s too bad that it would probably overheat if you stacked a bunch of these on top of each other. It would be cool if you could build a modular LEGO server farm out of these. I guess if you stacked them offset from each other to allow room for the fans to circulate air, that could work.