I use my iPhone all the time in the car, particularly while I sit outside waiting for my kids to come out of school. I have on more than one occasion thought that I need some sort of radio or screen in my car that will let me shoot that video content from Hulu Plus or the web over to a larger screen. Pioneer has a new radio that has just hit the FCC that looks like it has some of the tightest iPhone integration we have seen for a car stereo. 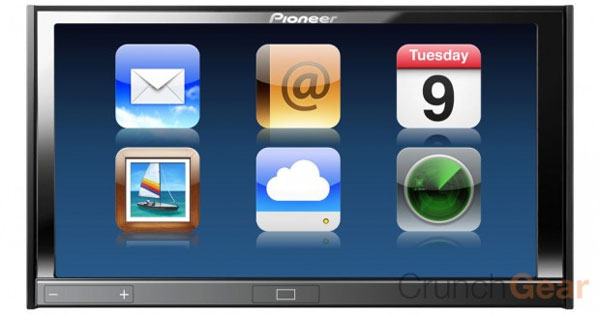 This SPH-DA01 AppRadio has a large touchscreen on the front and what looks like iOS icons on it. I really hope the screen is touch sensitive too and when you press those icons it launches the content you want on the larger screen of the radio. It would rock to be able to shoot video out to that screen and to surf the web on it too. I would like to use the GPS navigation and mapping apps I have on the AppRadio too. 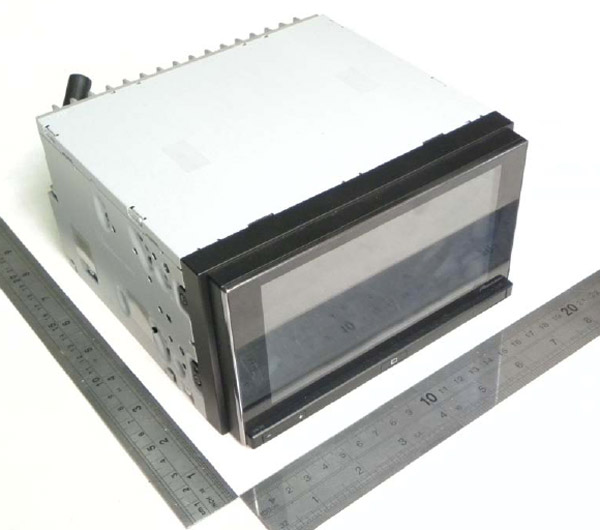 The AppRadio from Pioneer surfaced on CrunchGear this morning and someone that is familiar with the project claims that the radio feels “exactly like the iOS experience.” That means either one of two things Pioneer is courting a lawsuit or they have Apple’s permission to integrate iOS so tightly with the device. Either way if the double-din radio doesn’t cost a fortune when it finally hits stores, I am interested.