This is exactly why I wanted to be an archeologist as a kid. I wanted to crawl through a recently discovered ancient city. Only in my dreams, the city was packed with gold and all the cherry Pez I could eat. The reality of an archeologist discovering the lost Maya city of Holtun, which means Head of Stone, is nothing like my dreams. 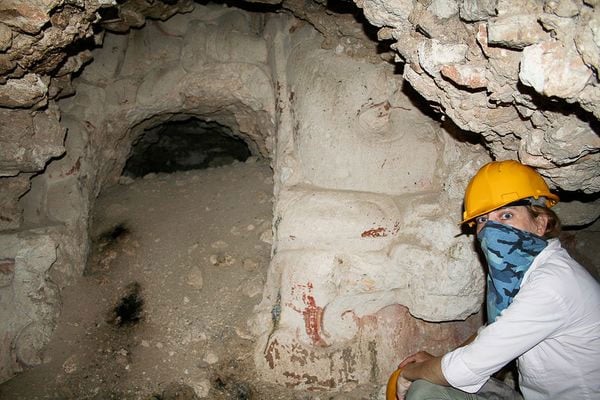 First off, there is no Pez inside, which is a deal breaker in its own right. To add insult to injury, there is apparently no gold either. The place was adorned with stucco heads, and those things had already been stolen by looters. The city was discovered in a patch of Guatemalan rain forest long ago and it has only now been explored.

Locals have known about the city for a long time apparently and looters have dug tunnels to look for riches underneath. The city was buried under dense jungle and the researchers are using ground-penetrating radar to try to see what is under the ground. The city was named Head of Stone after the giant masks found there. It’s a pretty cool discovery even if there is no gold or Pez dispensers.