There are certainly plenty of ways to get your old vinyl records into your MP3 player, but none quite so stylish as this iPhone turntable dock, that combines retro looks with modern functionality. 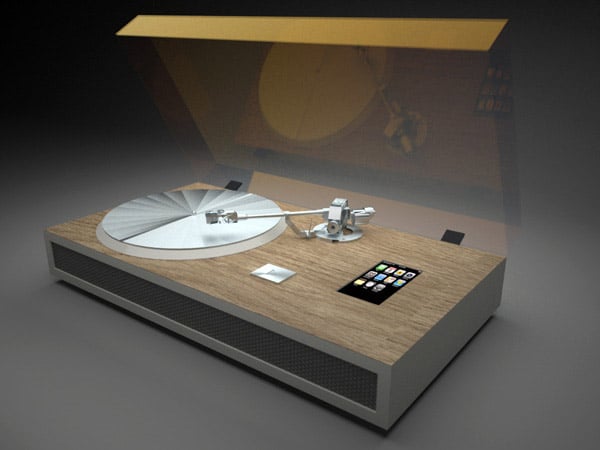 The concept design was created by designer Olivier Meynard, and at first glance just looks like an old-school record player. But look to the right of the silver-platter and tone arm, and you’ll see a built-in iPhone dock. 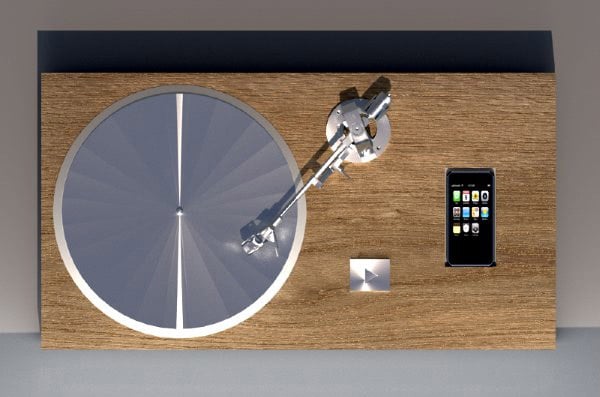 With a press of the surface-mounted button, the turntable would play and then send its audio to the iPhone to record it into a digital file. The design also calls for a built-in amp and speakers, so it could work as a standalone audio system. At this point it looks like the iPhone turntable is just a design concept, but from the looks of the photo below, we can only assume that Olivier is working on a functional prototype. 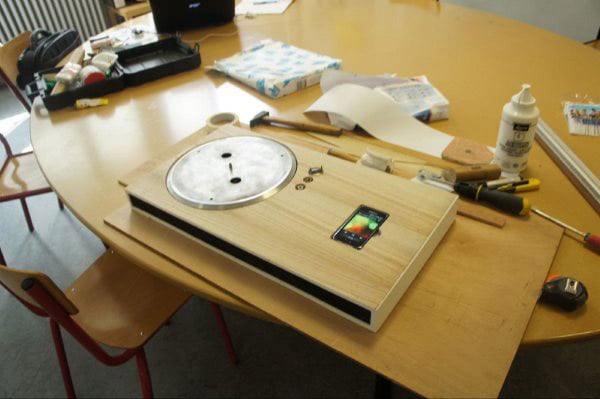