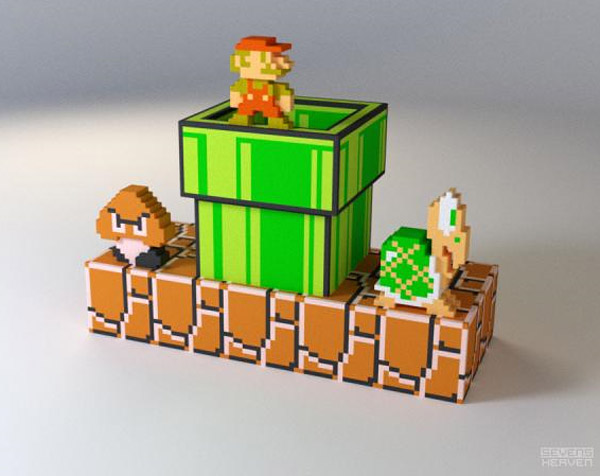 The diorama perfectly captures the flat, pixelated world of the Mushroom Kingdom, complete with Mario atop a fat green pipe, a still-in-the-shell Koopa and a yet-to-be-flattened Goomba. This tiny scene measures just 4.7″ (w) x 3.8″ (h) x 1.9″ (d) and would look great sitting on any retro-gamer’s desk. 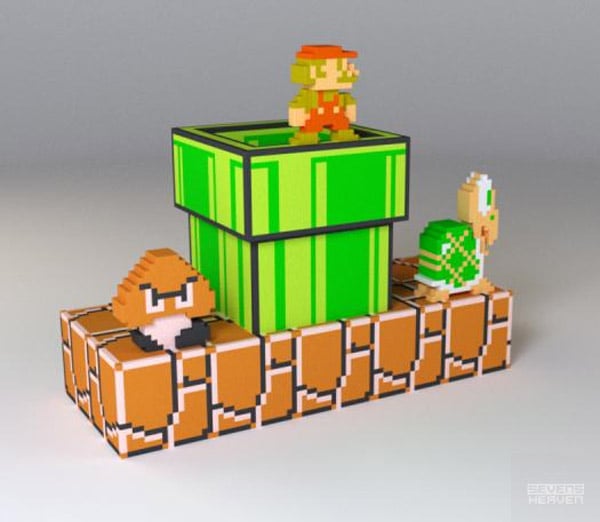 The best part about this is that you can order one for yourself over at Shapeways. At appx $83 (USD), it’s a bit expensive – but that’s just due to the still relatively high costs of 3D printing. I wonder how much it would cost to print the entire World 1-1 map?

[Thanks for the tip, Metin!]