…at least I don’t think it will. Of course the idea of plugging anything that looks like a bomb into one of your USB ports might be a risky endeavor. This is exactly the sort of drive that would be loaded with a keylogger, root kit or trojan.

On the other hand, it might just as well be loaded with a copy of Super Mario Bros. and FCE Ultra. 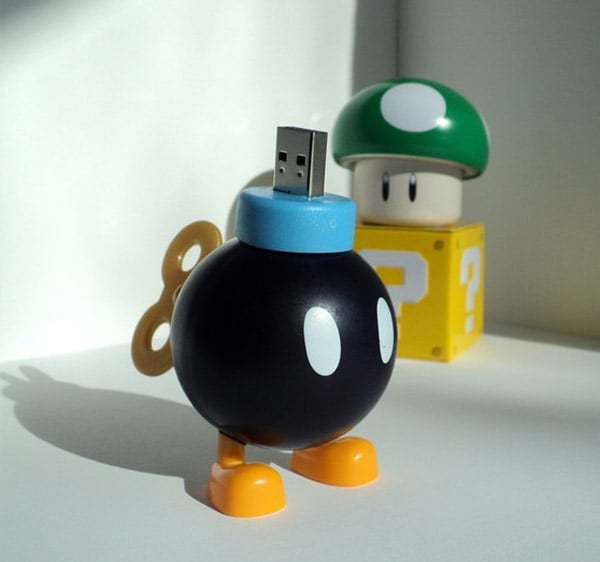 This nifty Bob-omb USB flash drive is made by Jeff Kuhnie, a Chicago artist over at an Etsy shop called Monstoes. Bob-omb comes in 2GB, 4GB and 8GB versions, selling for $25.95 (USD) $29.95 and $39.95, respectively. While you’re over there be sure to check out his equally bubble-headed Thor, Wolverine, Hulk, Iron-Man and Spider-Man flash drives.