Slaterman23 created these awesome-looking Star Wars pixel posters (or pseudo-pixel posters?) that were inspired by Superbrothers’ pixelated roleplaying game for iOS Sword & Sorcery. If you’ve played the game, then you’ll easily recognize these. 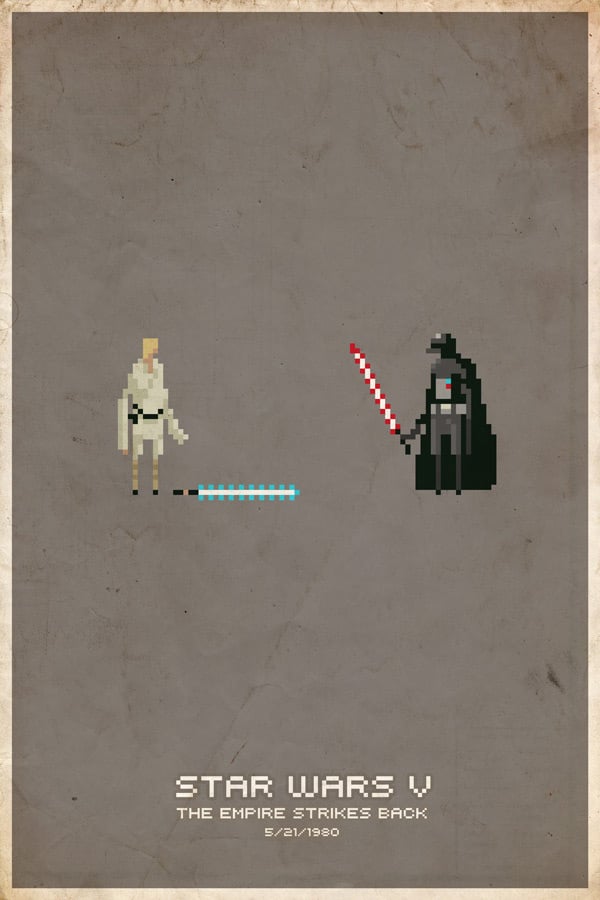 He’s currently got four posters in the same vein, three of them centering on Chewbacca and Han Solo, with a bit of Jabba the Hut thrown into the mix. Slaterman23 hopes to create many more of these posters. I just hope that he makes them available for purchase someday. 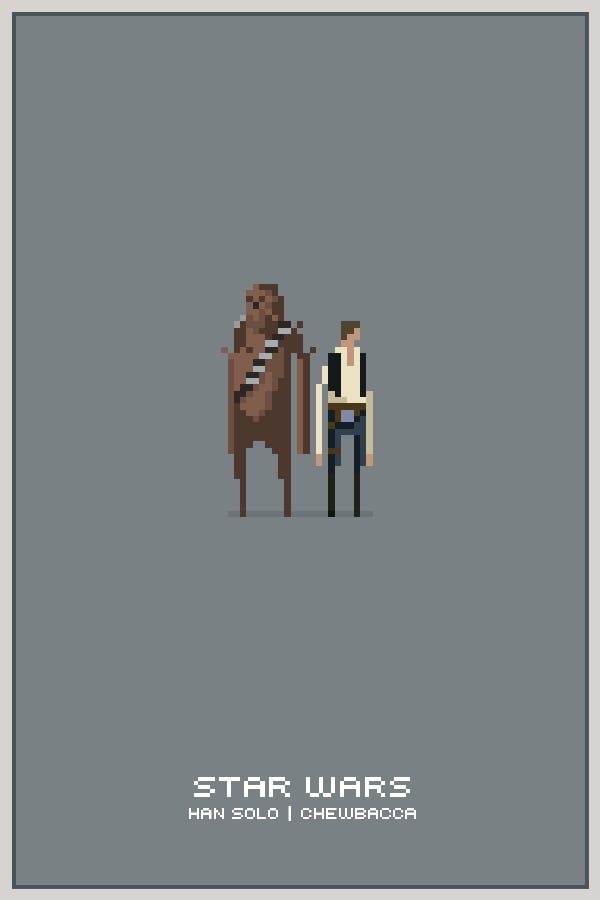 These posters are definitely cool. I like how many details he was able to incorporate into the posters, despite the fact that they’re made out of lumpy pixels.