I can see how this concept watch submitted by a Japanese designer might be considered crass by some, especially in light of the situation in Fukushima. Honestly, when I saw it the first thing that came to my mind was Fallout and the game’s Pip-Boy wrist computer. The watch doesn’t really measure radiation levels though, the displays are just styled that way. 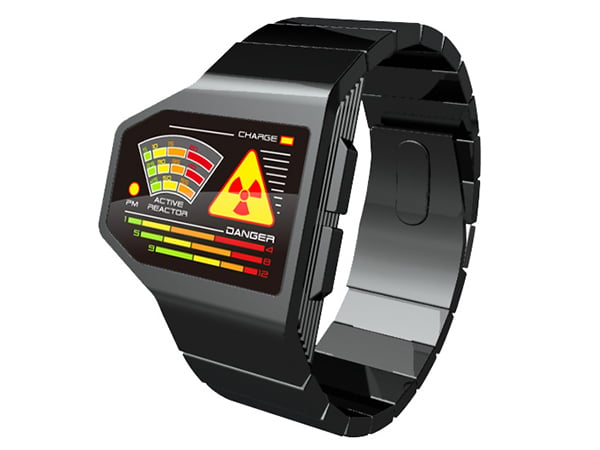 In keeping with Tokyoflash strict standards of not being practical as a timepiece, the minutes and hours are divided between three displays: 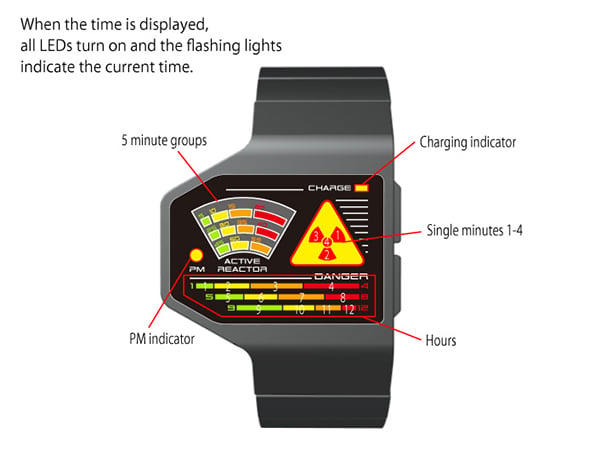 Here’s an animated video of the watch:

Judging from the comments on Tokyoflash’s website, this would sell well if it was turned into an actual product, although honestly it’s a tad too childish for me. At least it’s not that hard to read compared to the other watches that Tokyoflash makes.