Last week I wrote about the cool TiGr bike lock that I figured would keep your bike safe from just about anything. If you looked at that lock and thought, “That’s not secure enough for my bike,” I have found the place you want to live. A building in Portland, Oregon has an old bank vault that it offers up to people that ride bikes for parking. 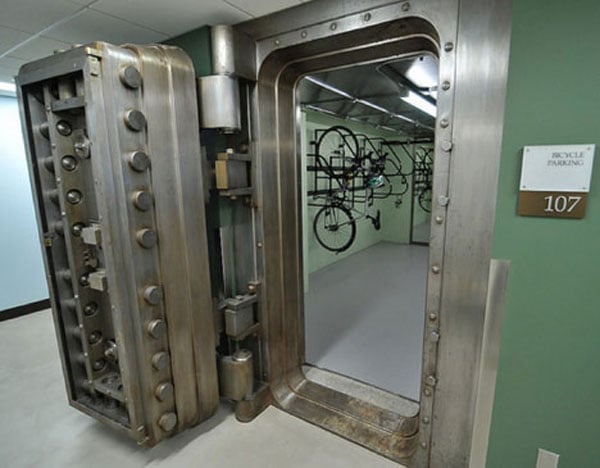 Look at this vault. It looks like gold from Fort Knox was stored inside at one point. The vault has racks on the wall that riders can put their bikes into vertically. Apparently, the building, called the Spalding Building, which was a former bank, has been converted into apartments of some sort.

The gigantic vault door weighs 16,000 pounds. Here is the part that maybe should have been kept secret. That giant vault door is rigged not to lock. It will still shut, but safety deemed the door needed to be non-locking. Maybe what you need is to combine that TiGr bike lock with this vault.