While I think that quadrocopters are cool, they tend to be big devices. That’s why I like this tiny quadrocopter, which only weighs 20 grams. It’s basically a PCB with some rotors on it, which is why it is so light. All of the telemetry is being handled on a computer, so it’s essentially a thin-client UAV, which is even more awesome (awesomer?). 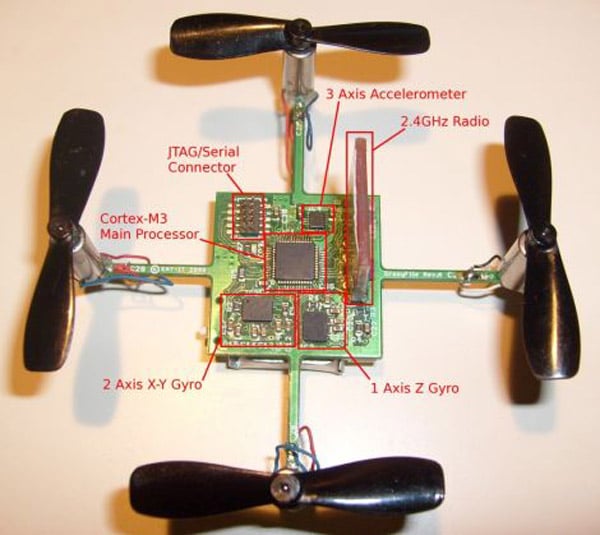 It’s called the CrazyFlie and it’s made by Daedalus Projects. Their aim was to make a barebones flying robot, cutting out anything that wasn’t needed. In addition to weighing under an ounce, it measures just under 5″ (12cm) square. The prototype wasn’t cheap or easy to make, but hopefully we’ll be getting a kit of some kind at some point.

Check out how stable and precisely it can fly. That’s due to the four rotors, which help keep it quite centered, without being too much of a hassle to pilot.

[Hack a Day via CrunchGear]