Is That a Stylus on Your Nose, or Are You Happy to See Me?

Nothing says “dork” like a long, white stylus on your nose for your smartphone. I think this must be a spoof concept and not something that the designer seriously thinks is a viable product. 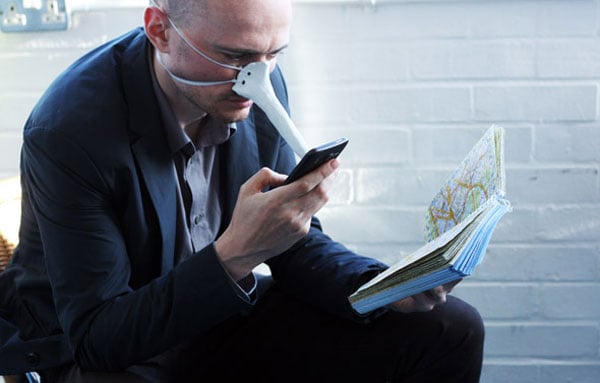 This long nose is a contraption held on the face with elastic straps that go over the nose. The tip has a stylus that you can actually use and control a touchscreen device with. It looks like it would be hard to breathe when wearing the device. The designer does a good job of showing how and when you could use the thing. 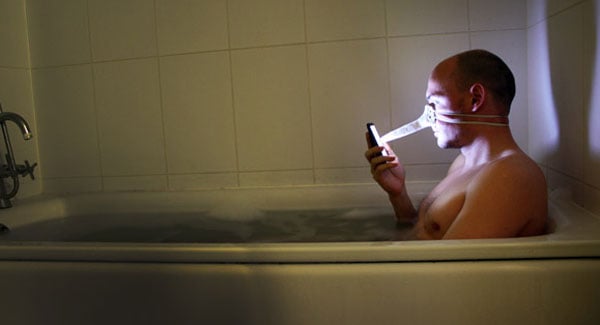 It’s theoretically useful when you only have one hand to work the screen with. Still, it makes you look like a total weirdo. The designer is Dominic Wilcox, and you can check out the link to his work below. I think it might actually sell in Japan though; they love their weird gadgets in Japan.

[via Variations on Normal]

This Leather Coffin Is One Fine Final Resting Place

This Cardboard Samurai Armor Won’t Save Your Life

Hiding From the Family Candle

The History of The Joker