Our WiFi connection at home is largely confined to the indoors, and it doesn’t even reach all the corners of the house. So imagine my surprise when I read about a new technology that can send WiFi signals up to a mile away, and possibly even beyond. How? By using vacant TV channels to send the signal. 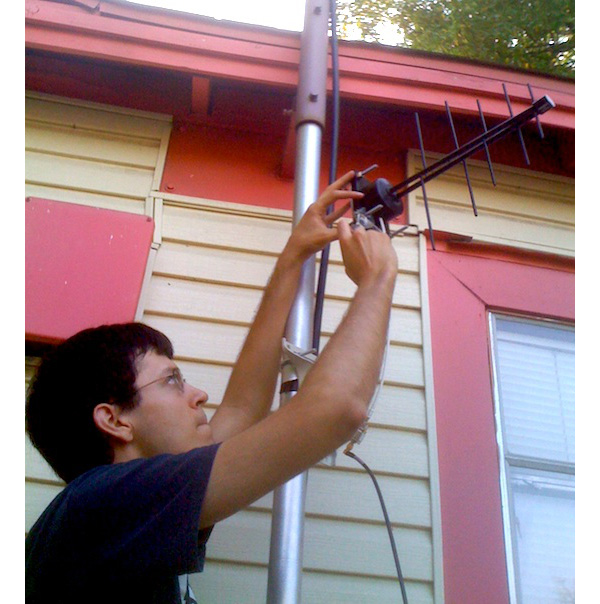 Super WiFi is currently being developed at Rice University. The picture above shows Rice U grad student Ryan Guerra installing a Super WiFi antenna. As I mentioned above, the trick was to downshift the high frequency WiFi signal – which has trouble going through physical obstacles like walls and trees – to a lower frequency (and vacant) TV channel.

Eager to test it in real world conditions, Guerra tested Super WiFi in a house a mile away from the transmission tower of the home owner’s service provider. Whereas the traditional set up was “frustratingly intermittent” due to the trees and foliage surrounding the house, Super WiFi “has been quite stable, even with leafy trees and through bad weather, and has yet to show any interference or connection problems, even at a mile from the transmitter.” 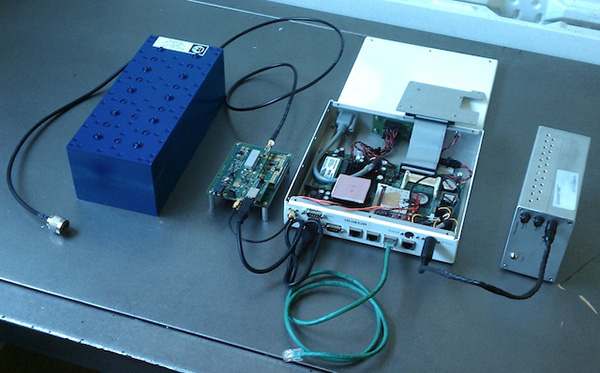 Another benefit of the technology is that, like the TV broadcasts that it replaces, anyone in the path of the signal from a Super WiFi transmitter can take advantage of the connection. It’s very promising, although it’s far from being finalized and has a couple of weaknesses, including a significantly lower bandwidth and network congestion.

I hope that Guerra and his colleagues can fine tune Super WiFi. I think it’s a great and relatively cheap way of providing Internet access. Even if it doesn’t totally replace conventional transmission it could come in really hands in rural areas, field work and in emergency situations. Check out Ars Technica for more info.