I have talked about a bunch of different new bike security designs and whatnots that have landed recently, my favorite being the bank vault. Another new bike security concept has landed today, and it is designed so that you have a bike lock with you everywhere you go without having to wrap around or lock around your bike when you are riding. The concept is called the Bike-Lock Handlebars. 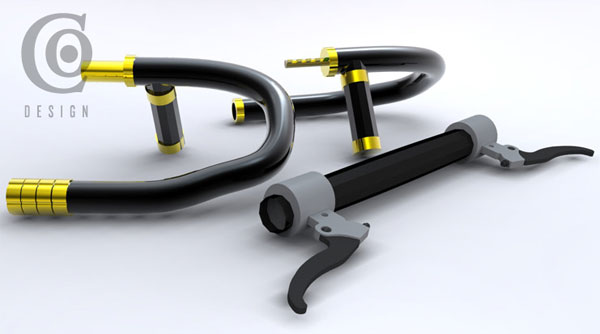 The designer is Jaryn Miller who attends the Savannah College of Art and came up with the cool concept for a class project. The idea is that the handlebars come off the bike and turn into the lock needed for protection of the bike. If the thief cuts the lock, they won’t be able to ride the bike away because the bars will be ruined. 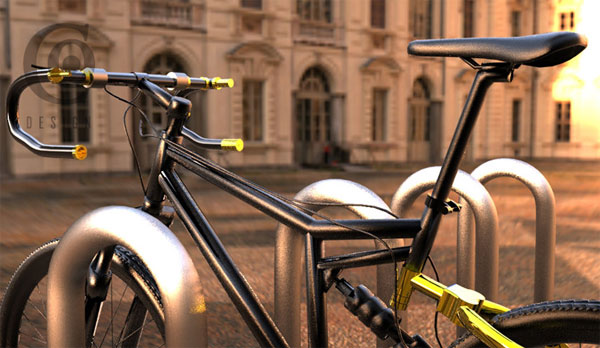 That is assuming the thief isn’t some sort of world-class no-hands rider. The downside is if the thief tears up the bars and then leaves the bike, you can’t ride the bike home either. Still, it’s a cool design that would help protect your bike from those thieving bastards running around the city. 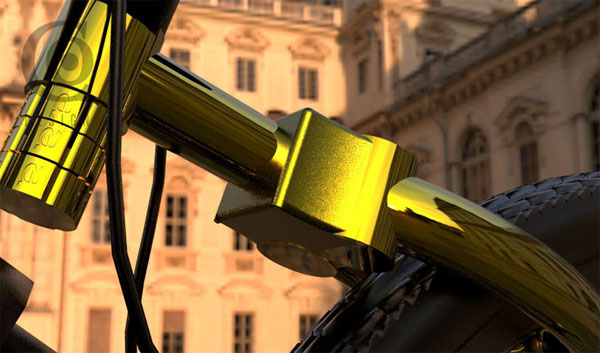