Crovel: If You Only Get One Tool to Fend Off a Zombie Invasion

The Crovel is an awesome looking survival tool and I really want one even though I have no need for a short spade to dig with. This thing may well be the tool best suited for a life on the run from zombie hoards ever invented. It can dig so you can bury those smelly zombies after you club them to death with one of three implements of zombie killing. 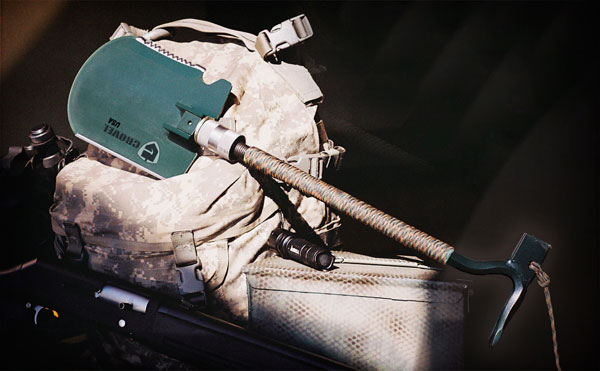 The Crovel has a handle with a pic axe on one end. The space end of the shovel has a serrated saw on one side and a knife-edge on the other. This thing will slice and dice zombies all week long. The other side of that crow bar/pickaxe is a hammer.

The handle is wrapped in 15-feet of 550 paracord so you can climb to safety if need be. This very interesting tool has 13 tools for all sorts of tasks. It looks like that notch under the serrated edge might be for opening the last beer on earth. The Crovel sells for about $99 (USD).