Acoustic Alarm Concept Gently Plucks You Out of Bed

Many of the alarm clocks we’ve featured have creative or sometimes plain cruel ways of forcing people out of bed. They may be effective at waking you up, but they’re also bound to leave you pissed off, which is obviously not a great way to start the day. That’s why designer Jamie McMahon thought of the Acoustic Alarm. 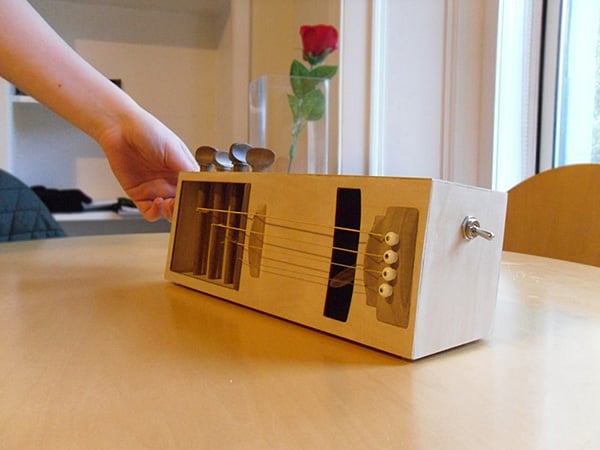 Instead of ear-splitting bells or buzzing sounds, the Acoustic Alarm has a rotating pick that plucks four guitar strings. The alarm time is set via two knobs – one for the hour and another for the minute. And just like a guitar, you can tune the strings to create your own alarm.

Oddly enough, the thing I like most about the Acoustic Alarm is that it doesn’t look like an alarm clock and more like something you can play with. But as for the sounds that it produces, I quickly realized while I was watching the video that you can reproduce or record the exact same sounds either from an actual guitar or a digital instrument, and then just play the recording as your alarm sound. Problem solved.

[via Jamie McMahon via Neatorama]