Niels van Hoof’s Feno laptop concept looks pretty sweet, since it looks like it’s half the size of a MacBook Air, but has got the same size screen as the MacBook Pro 17, thanks to a flexible OLED display. 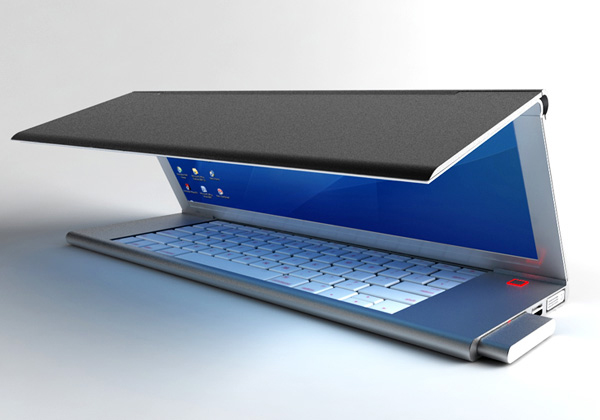 The sleek curves and silver aluminum casing are impressive, and it reminds me a lot of MacBooks, but the best thing would be the folding screen. The design assumes that a flexible OLED screen could be built with no seam where the top two pieces hinge. One thing that I don’t think we’ll need is the pop-out mouse. I’d rather have a Kinect-like sensor could just track your movements and translate them into actions, or just project a virtual trackpad on the side instead. 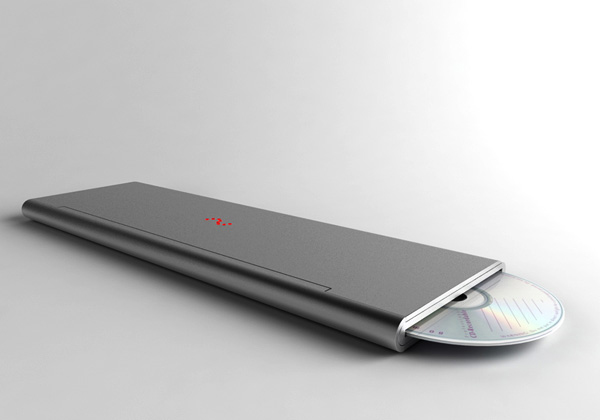 Another thing is the optical drive. I barely use mine and there will be MacBook Pro models next year which will completely remove it. I’m fine with that, but Hoof’s concept still has one. How futuristic is that? 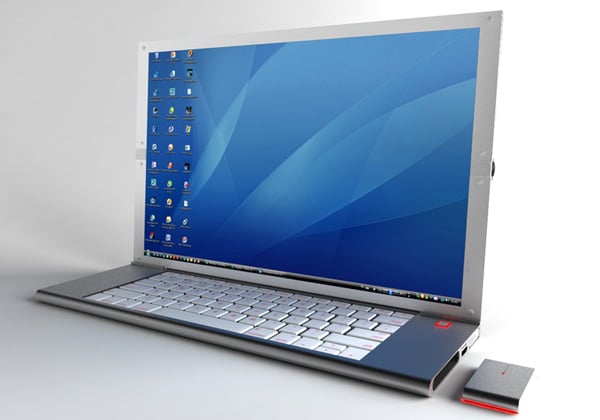 Regardless, once we’re able to get folding screens, this design proves there could be compact laptops that end up being as useful as desktops.