I think it’s safe to say that we’ll see a bundled edition of Star Wars every time a new storage medium is introduced. The one for Blu-ray will finally be released this September, and from a quantity standpoint, the amount of Star Wars you’ll get should be enough to tide the hardest of hardcore fans until the next storage medium is introduced – all six movies and more than 40 hours of bonus content packed in 9 Blu-ray discs. So why are there cries of discontent from some fans? 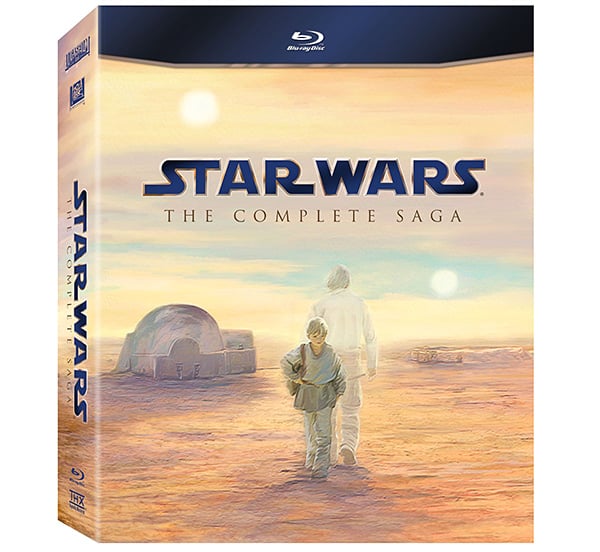 But before we get to that let’s run down what you’ll get when you buy this collection. Each movie gets its own disc, with all six in 1080p and DTS 6.1 surround sound, and there are audio commentaries, both old and new, from the cast and crew for each movie. The deleted, extended and alternate scenes from all six movies are also included, plus other behind the scenes goodies and an unnamed “Additional Content.” Finally, one of the nine Blu-ray discs is filled with nothing but documentaries.

Awesome right? So what concerns – to put it mildly – do some fans have about this seemingly jam-packed collection? Well for one, it seems like the original theatrical releases will not be included in the collection. Another concern is that, if you look at the feature description, the deleted and extended scenes will not be incorporated in the movies, instead they’ll be on separate discs. The third major complaint is about the choice of documentaries included, one that I can’t verify because I’m not a Star Wars fan and thus have no knowledge of which docs are good and which are bad.

Are these complaints legitimate, or should fans just be thankful that their favorite franchise is coming to Blu-ray? I guess we’ll know when the set arrives this September. You can pre-order the Star Wars: The Complete Saga Blu-ray collection at Amazon for $90 (USD), or get just the Original Trilogy or the Prequel Trilogy for $45 each, although I don’t know if these smaller sets will have all the extras found on the complete one. Check out the link below or the official site for a more detailed rundown of what’s included.