The nuclear crisis that followed after the earthquake and tsunami rocked Japan caused a lot of people to panic. This resulted in geiger counters and radiation detectors selling out on the web a few hours after it was announced that the damaged nuclear plants in Fukushima were leaking and that trace amounts of radiation had been found to cross the seas onto the shores of California.

So it’s only fitting that this concept by Nils Ferber is aptly named the Fukushima Plate. 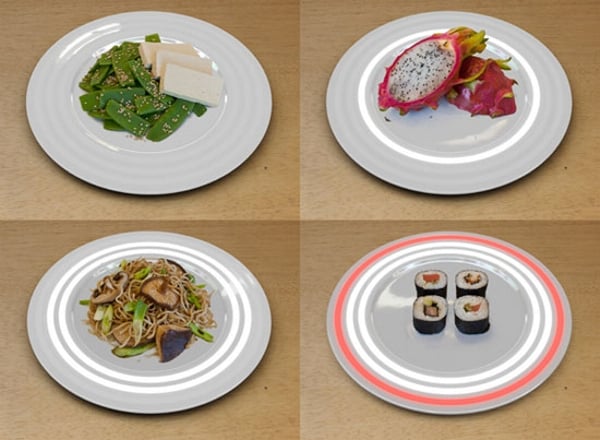 Because of the nuclear disaster, a lot of reports have come in saying that the majority of Japan’s food supply was contaminated with radiation. The Fukushima Plate is basically an ordinary plate that’s been fitted with a radiation meter.

In case you’ve got some foodstuff that’s imported from the Land of the Rising Sun, just heap it all up onto the Fukushima Plate and wait for the OLED rings to come on to tell you that it’s not safe to eat. While it looks pretty when it’s all lit up, what you’re aiming for here is actually no rings because that will mean that there’s no radiation in your food. 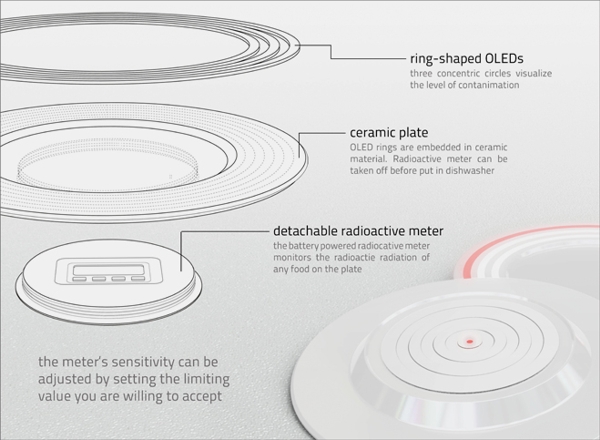 What do you think? Does the Fukushima Plate deserve to see the light of day and be made available commercially?

Ghostbuster Slimer and Terror Dog Mugs: Who You Gonna Drink From?
Advertisement