If you thought the PS3 Kinect hack was absurd, then this Kinect hack from Rockmoon, a mobile game development company based in Singapore, will be no less ridiculous – a two-player video game where one player plays using a Kinect while the other player uses an iPhone as a controller. 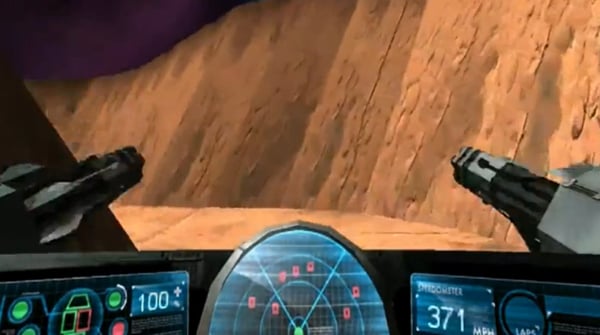 The concept game, which they have dubbed Project iKinect, seems to be a simple first person space shooter. One player acts as a driver, using steering gestures to control the vehicle via the Kinect, while the other player shoots the vehicle’s guns via an iPhone app:

Honestly I wasn’t impressed by what I saw, although to Rockmoon’s credit this is just a pet project and is still very much incomplete. The take away here is that, instead of hacking a Kinect to control an iPhone game or hacking an iPhone to play a Kinect game, they’ve opened up the possibility of creating an entirely new game that makes use of two different systems. It’ll take an awfully good game to convince people to buy both a Kinect and an iPhone (and a PC or an Xbox 360) just to be able to play it though.

[via Calling All Geeks]