Eton’s last solar dock was pretty cool, but their bigger version, the Soulra XL, now comes with a larger, retractable solar panel that will juice this iPhone and iPod dock up for a much longer time. The new Soulra XL will ship shortly and will be able to soak up the sun a lot better than the previous model. 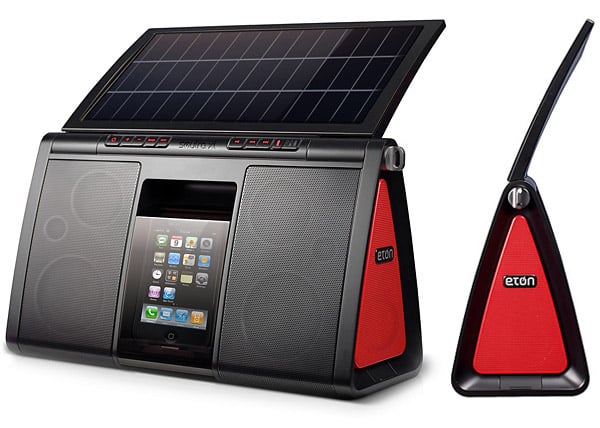 The panel measures 72 square-inches, which means that it can last up to 5 hours of continuous play before it needs some more sun. It has 8 speaker drivers (2 tweeters, 2 woofers and 4 passive radiators) with a total output of 22W, so it should be powerful enough for the cabin, a picnic, or the backyard. 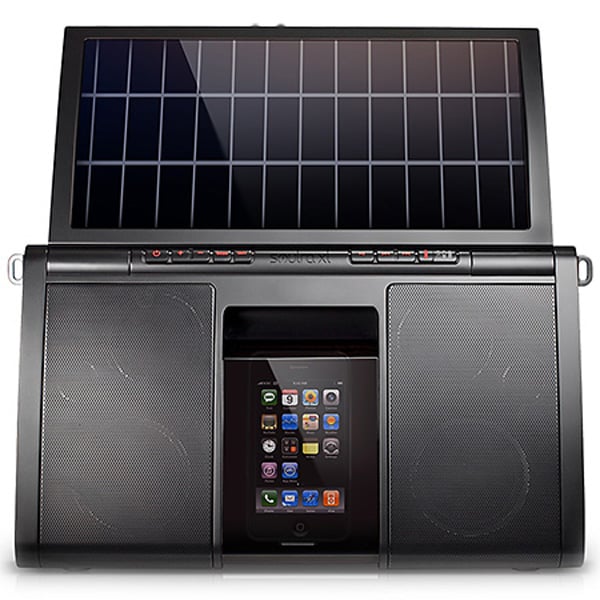 You can pre-order the Soulra XL at Eton’s website for $300 (USD). It should start shipping by mid-May. In my opinion, that’s a bit pricey. For that price, you can get a Bowers & Wilkins Mini Zeppelin and the full-sized one isn’t that far behind if you’re willing to buy the older model. However, neither of those has got a solar-panel, so if you want to play in the sun, the Soulra XL looks like a good bet.

[via CNet via Ubergizmo]