We have seen some very strange vending machines around the world over the years. You have your cool and understandable machines like the bread maker and the pizza maker. Then we get really weird machines like the one in China that dispenses live crab. The German version of PETA, called NOAH, has put a vending machine on display that you can’t actually buy from. 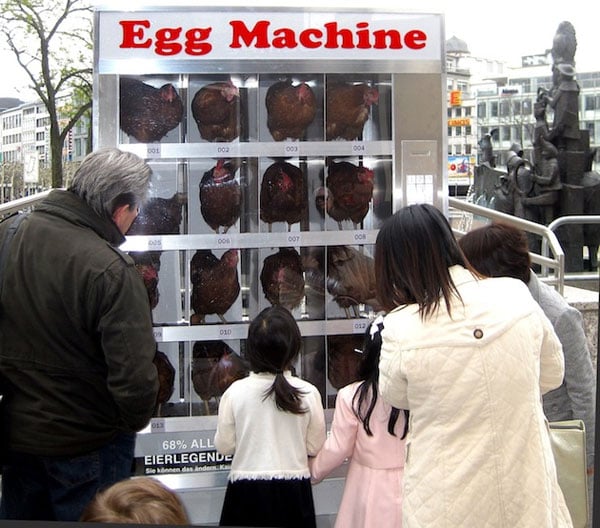 The machine is packed with live hens. The point was to show people the conditions that some chicken farmers force their birds to live in. Rather than dispensing eggs or chicken legs, this machine handed out coins with eggs on them. The numbers on the coins went along with the sort of conditions the chickens were in. 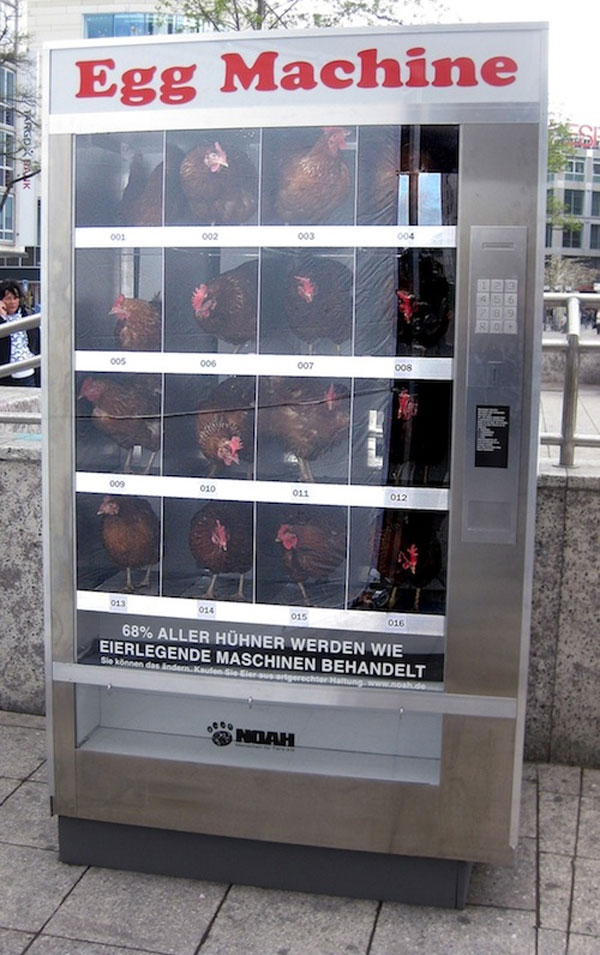 The main thing was that only 0 (Ökohaltung) and 1 (free range) are ok to buy. The coins with eggs on them having 2 (bottom position) and 3 (cage) are not to be purchased according to NOAH. If anyone knows what that word with number 0 means let us know in the comments.