Remember the old Commodore PET personal computer from back in the late 1970s? With its trapezoidal built-in monitor, it was the most “futuristic” computer of its time, despite its relatively meager 6502 CPU and up to 32KB of RAM under the hood. So this old computer was just begging for an upgrade. 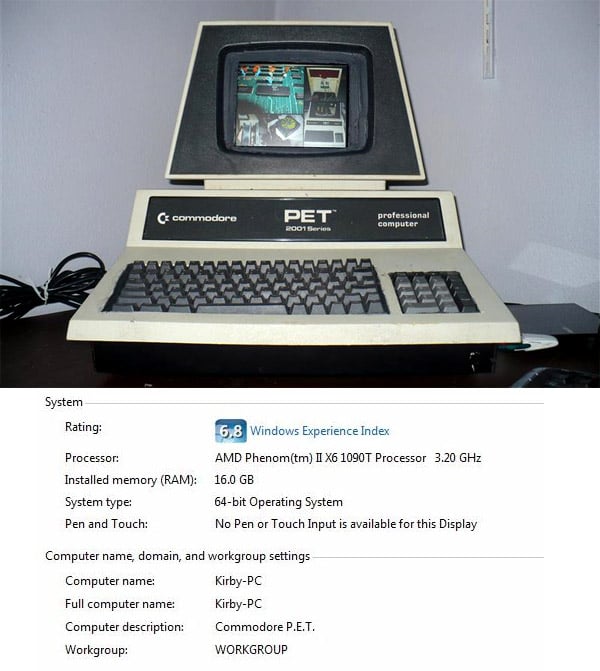 Modder TheGreatSatan recently ripped out the guts of an old PET 2001-N computer, and replaced its innards with a speedy 3.2GHz 6-core AMD Phenom CPU with 16GB of DDR3-1333 RAM. The rejuvenated PET also has a Radeon 6850 1GB graphics card, 64GB SSD drive and a 1TB secondary hard drive. The new machine has been rechristened as the “PET 2011”, which is only appropriate. 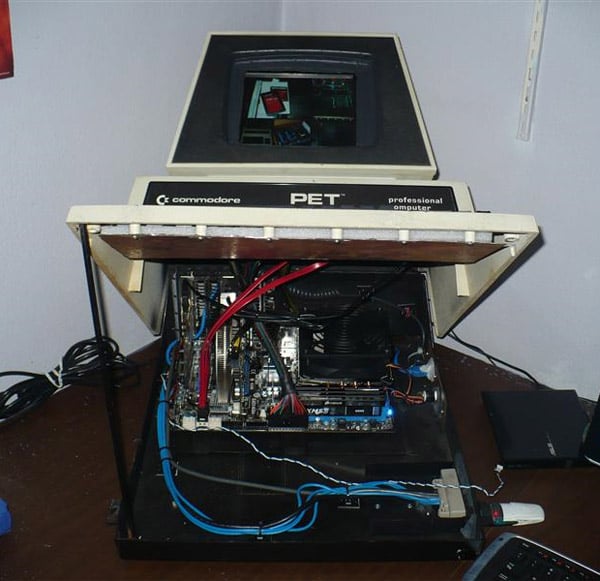 Since the PET had a tiny 9″ black and white CRT, there wasn’t much room for a proper display inside the case, so Satan opted for a 7-inch color LCD, plucked from a Kodak digital photo frame. Of course, that tiny display isn’t practical as a primary display, so he hooked up a modern display alongside the PET for getting real work done. 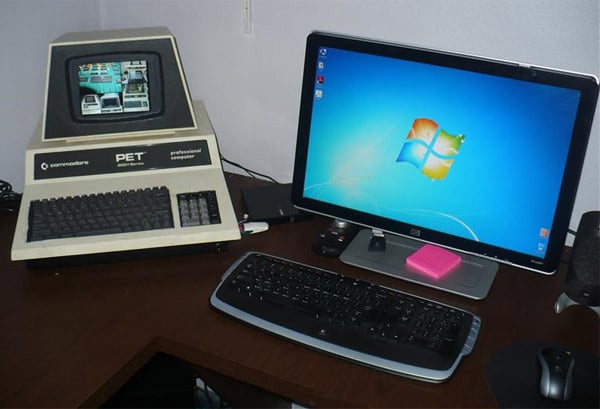 TheGreatSatan spent just $53 on a non-working PET computer over on eBay, but clearly put way more than that into the new hardware and his labor to build it out. You can check out the entire build log over on the Bit-Tech forums.