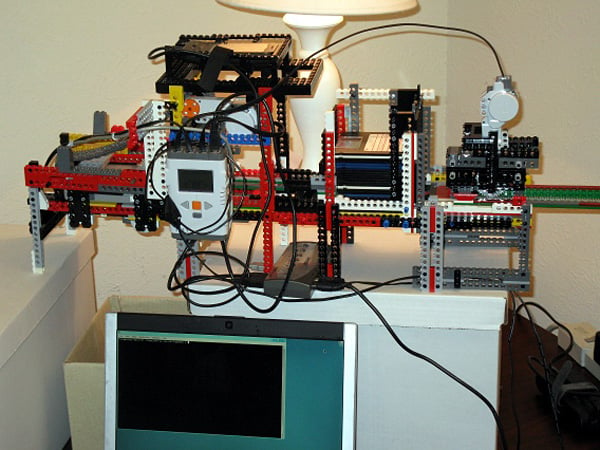 The strange contraption you see above is Eli’s LEGO Mindstorms 3.5″ Floppy Disk Archiving Machine, and together with a laptop running Fedora, an Android phone and a Python script it has made the archiving process fully automatic. The machine grabs a disk, aligns it above the phone to have its picture taken, feeds it into a USB floppy drive to back up the data and finally plops the backed up disk down to a waiting box:

Hacks like this make me feel unworthy of playing with LEGO. Eli also has another LEGO project on his website, one that’s less functional and more for fun – a LEGO Rubik’s Cube.