I always enjoy checking out the TokyoFlash design blog for new modern watch concepts. Sure, many of them are impractical, some of them are hard to read, but for the most part, they look pretty cool, like this concept design called Raitosho. 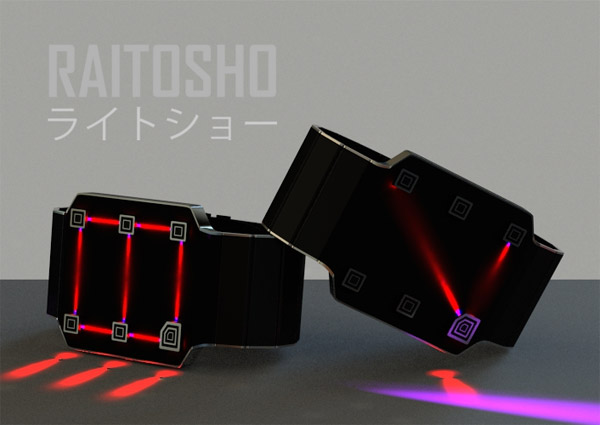 Designed by a guy named Firdaus from Malaysia, this unique watch design would tell time by shooting light beams across the face of the display using tiny, focused LED beams. By projecting the beams onto a dark, non-glossy surface, Firdaus thinks the display would be viewable in both daylight and nighttime conditions – but of course would look best when viewed in the dark. 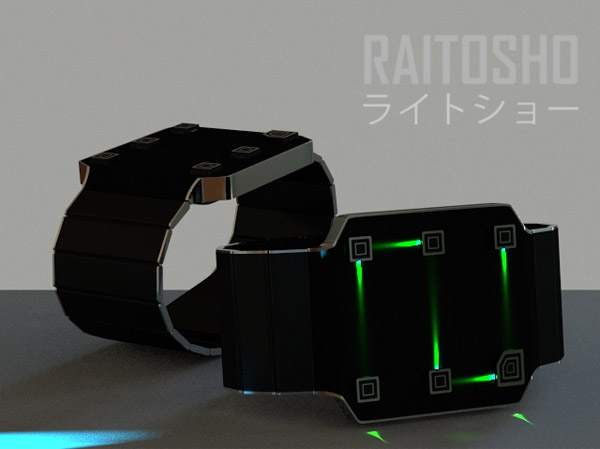 The designer says the Raitosho would create a “light performance” on the display, as the numbers bounce around the front of the watch, forming the individual numbers of the hours and minutes on a virtual 8-segment display. While it’s not clear from the concept images, it’s possible that it could have RGB LEDs, so it could support multiple colors. Sweet. Here’s an animation that shows off how the Raitosho would work:

While I really like the design of this watch, the one thing I’m not crazy about is that each digit displays individually, which could make reading the time a little challenging – not impossible – but difficult for at-a-glance time checks. Still, it’s a cool design, and if you want to see it made, be sure to head over to the TokyoFlash design blog and give it your vote. I just did.