This sounds like something out of a science fiction TV show or movie, and in fact, it is. I used to really like SeaQuest DSV where they had a dolphin with a translator thing on its back that allowed it to talk to people. Some researchers are working on a translator device that is about the size of a smartphone that will allow them to communicate with wild dolphins underwater. 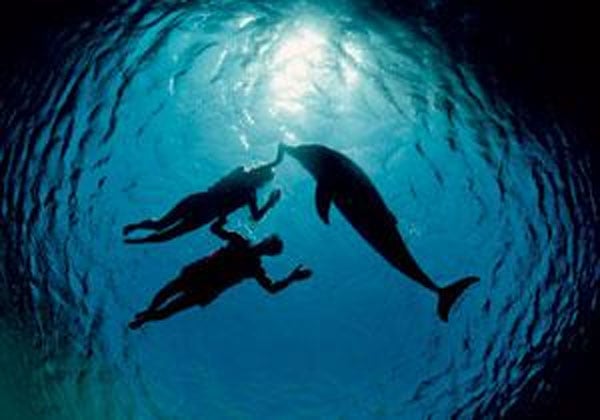 The project is being worked on by Denise Herzing of the Wild Dolphin Project and Thad Starner, and AI researcher from the Georgia Institute of Technology. The idea is that the device would allow the researchers to capture and reproduce sounds that they can perhaps turn into a useful language to allow communication with dolphins and to allow the dolphin to request things from the people too. The language will be simple words for things like ride the bow wave of the divers boat and more.

I didn’t realize how smart dolphins were; apparently, they can understand and respond to about 100 words. The device will be connected to the diver’s chest and will have two hydrophones to pick up sounds and show the diver what direction to go using LEDs on the goggles.