How’d you like a computer that not only looks like an M1A2 Abrams tank, but that actually can drive and fire ammo? Well, if you’re modder Skip Station, you already have one on your desktop. 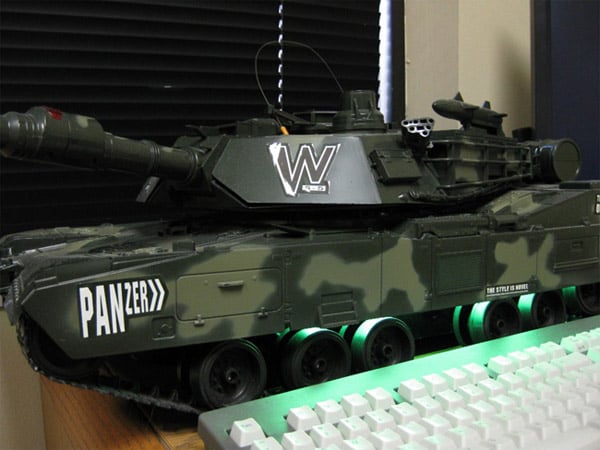 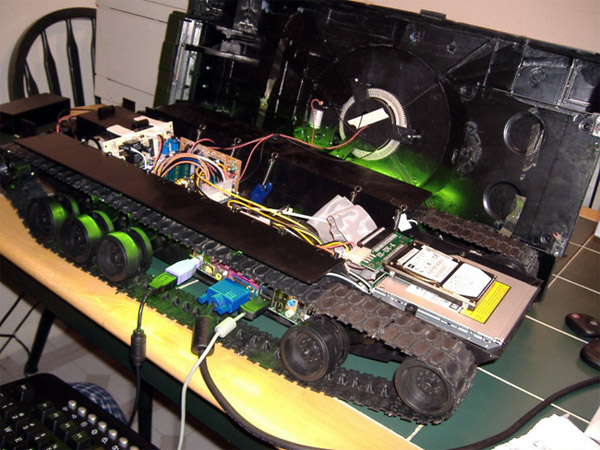 He had to cut a hole in the side for the motherboard’s ports to stick out, but otherwise, you wouldn’t know this tank was a computer from the outside (until you open the DVD drawer). 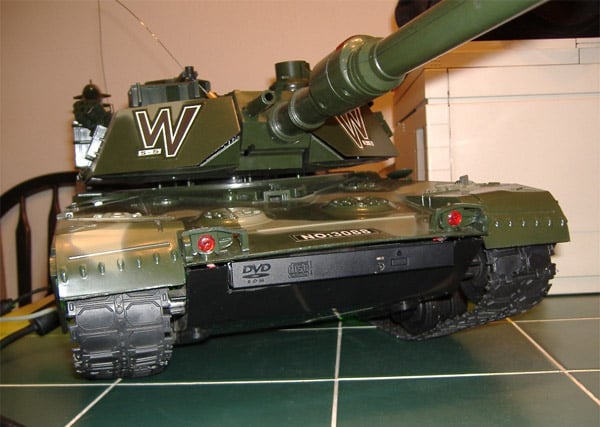 Unlike most casemods that transform one thing into another, Skip preserved the driving and pellet-firing capabilities of this R/C vehicle, allowing him to unplug it from the wall and drive it around, shooting projectiles from its movable turret. 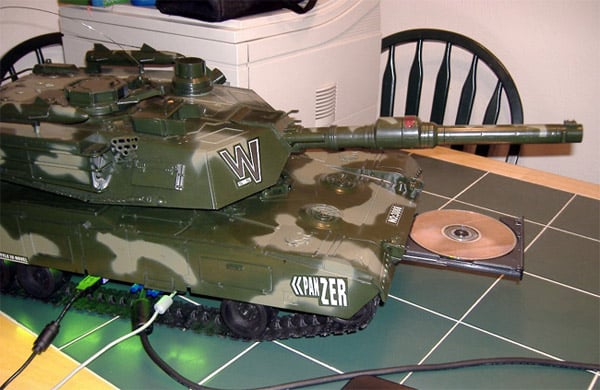 I think the green cold-cathode underbelly lighting is a nice touch too. Sure, a Panzer tank doesn’t have the sleek industrial design, of say, an iMac or MacMini, the idea of a tank computer is so much cooler in my opinion. The only thing better would be if the computer could keep running while its driving around, and then beamed its screen back to the remote control. 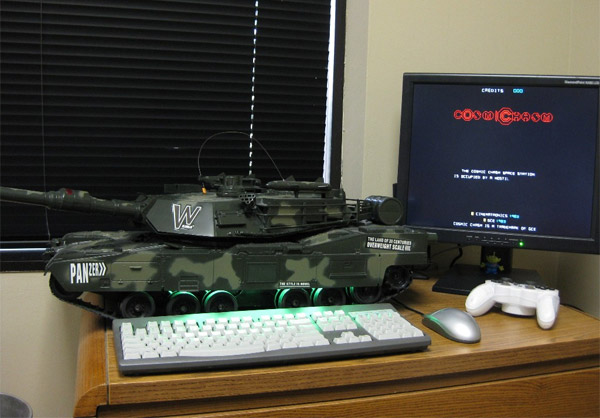 Check out more pics and details on the build over on Skip Station’s website.