One time when I was in college, some friends and I went down the local paintball field to play a game. There wasn’t anyone else there so the owner of the field and his team offered to play against us. What we didn’t know was that these guys rented us the most pitiful guns they had, and then whipped out full-on automatic paintball guns. My buddy was shot in the balls SIX TIMES. We never went back.

I’ve always wanted some payback on those paramilitary paintballers, and this is just the contraption I need. This paintball gun has 840 barrels, and it can shoot them all in what amounts to one shot. Sure, the thing was meant to make some sort of art to promote an energy drink, but so what. I’d like to stand those paintball guys in front of it. 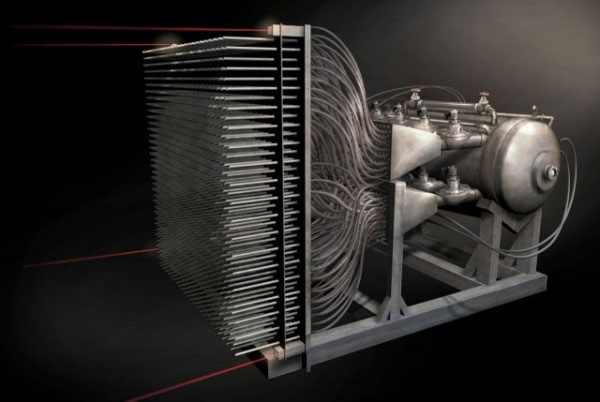 Then, I’d flip the switch, and watch them get nailed on every inch of their body, then reload and do it again. I think it would hurt pretty badly. Not as much as six shots to the scrotum, but I would feel better. Check out the video below to see my tool of revenge in action: