KURMET Bipedal Robot Jumps Like a Frog, But Isn’t Green

The fact that I am creeped out more than a grown man should be by some robots is well established. Hector did me in as a kid. There is more than a little creepy to KURMET for me – it’s the blue knob feet I think. That and I could just see waking up to this lower torso hopping back and forth over my bed, wearing some crazy doctor’s head. 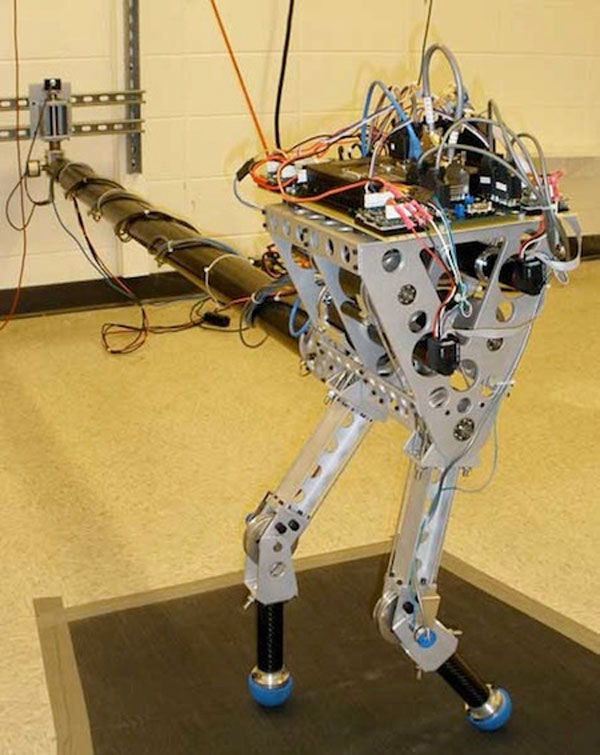 This Bipedal robot is roughly human-sized and is designed to run and jump. It was created by researchers at Ohio State University and the University of Notre Dame. The bot was designed for repeatable and controllable jumping motion. That long boom you see is there to stabilize the bot and apparently isn’t needed for the actual jumping.

I guess it’s sort of like a robot training wheel, only it’s not a wheel. In the future, the researchers hope to push the boundaries of programming so KURMET can do more than just running and jumping. They want it to play hopscotch and do flips. I’d be more impressed if it could double-dutch.