N-Control Avenger Rig for XBox 360 Controllers Gets an Upgrade

N-Control has just released an updated version of their Avenger, an insane-looking Xbox 360 controller rig. Why would you need it? It’s supposed to make gaming a lot easier thanks to its special button extenders. 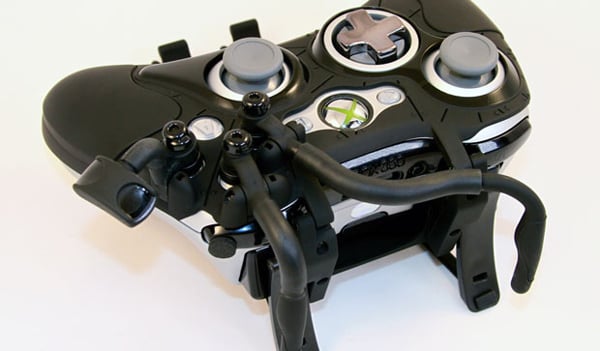 After looking at it for a few moments, you start to realize that this might be a good idea, especially if you play for hours on your Xbox 360. The new version comes with a jet-black rubberized finish, which will ensure that it will remain in your hands, no matter how sweaty they get. There are also extra parts that will allow you to customize it further. In case you’re wondering how it works, here’s a video of the first-generation Avenger in action:

You can buy one Avenger for $50 (USD)but if you buy two, the company will send you a third one for free.