We’ve featured a few variants of Mr. Potato Head in the past, but none of them are as creative as this one, especially since it’s not actually an official variant. This steampunk Mr. Potato Head was made by Sarah Calvillo, who named her creation Spudnik Von Trap, a wanted vigilante with an epic mustache. While other Mr. Potato Heads have interchangeable plastic parts, Sarah made Spudnik mostly out of household items. 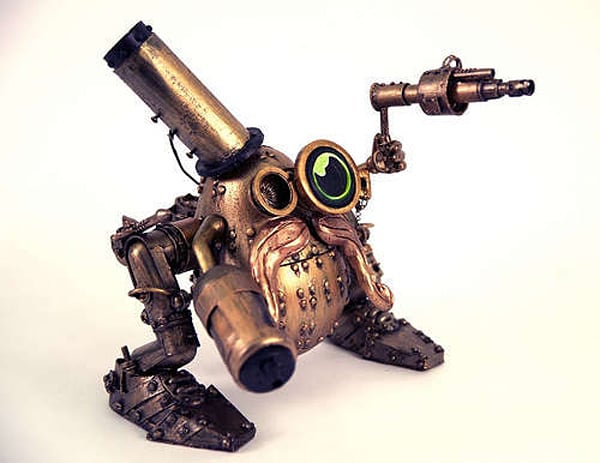 Sarah used “a soap dispenser for the gun, an empty mini plastic shampoo bottle for the cannon, metal piping for the legs, thick card stock to make the wing-tipped shoes, a contact lens case for the eyes, and old cell phone charger wires for detail”, then she used Sculpey to make Spudnik’s mustache and monocle. That’s right, Spudnik barely has any actual metal parts. His shiny finish is thanks to Sarah’s expert painting skills. 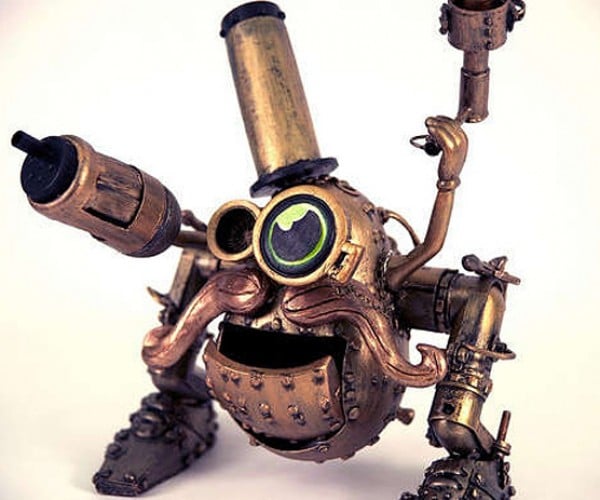 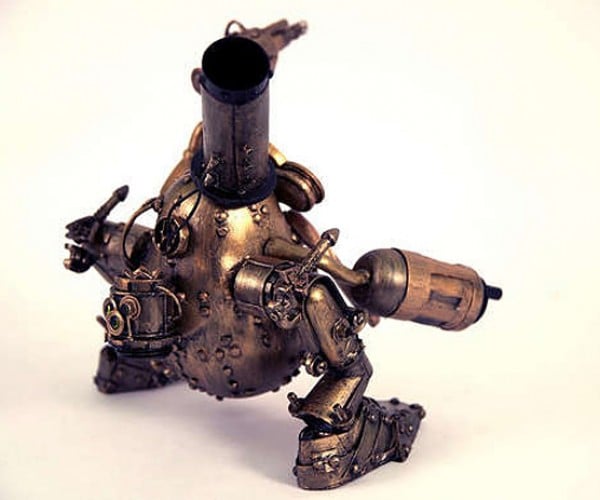 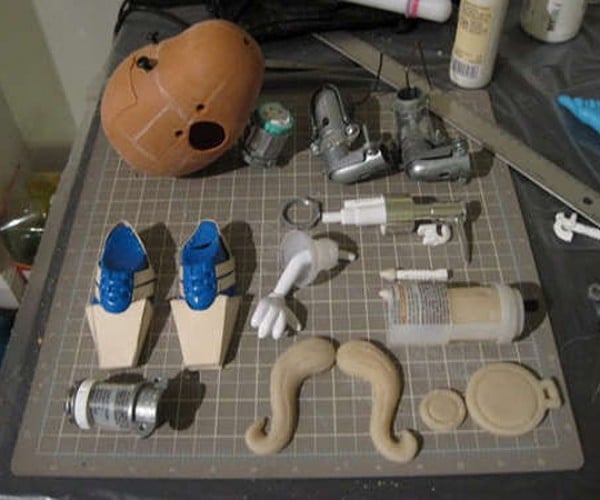 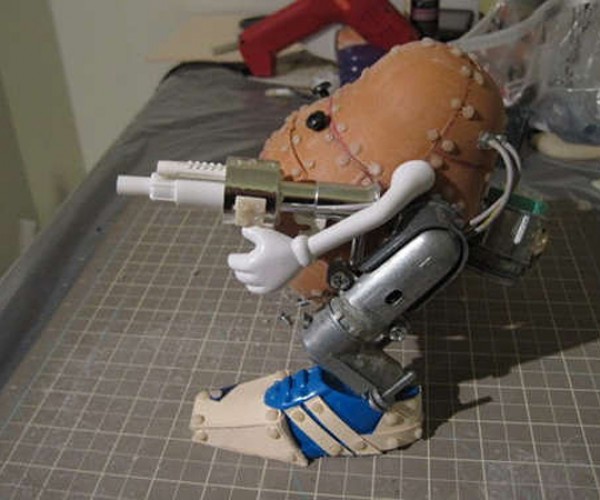 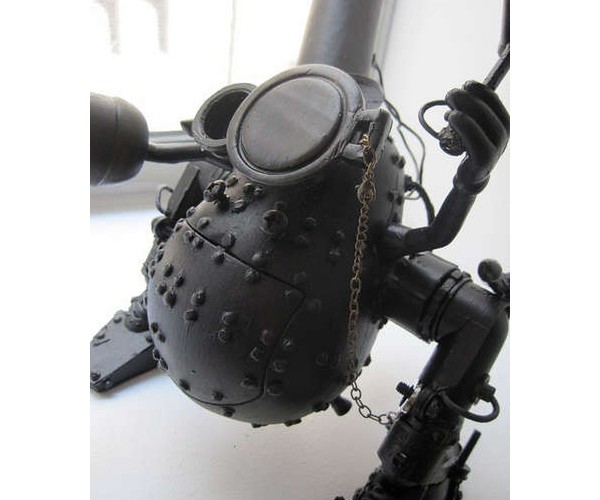 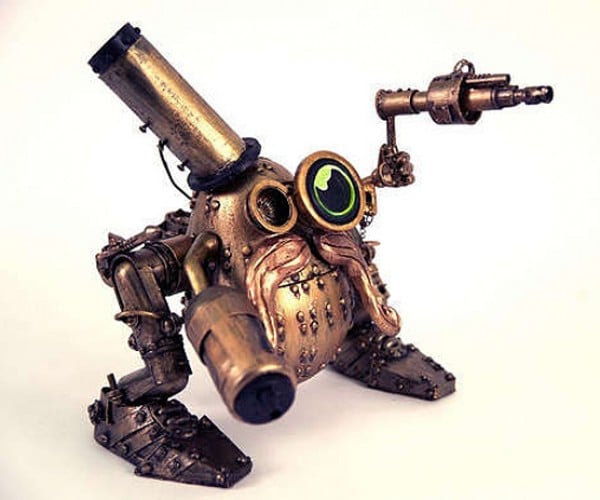 Check out Instructables for Sarah’s how-to, and Flickr for more pictures of Spudnik, including this neat “wanted” poster.