For some reason, I don’t remember Darth Vader being quite so jubilant and frothy in the Star Wars Saga, but he seems awfully gleeful that he’s gotten himself some sort of pink dinosaur so he’s clearly got reason to celebrate. All that I ask is that he keep that lightsaber in his pants… 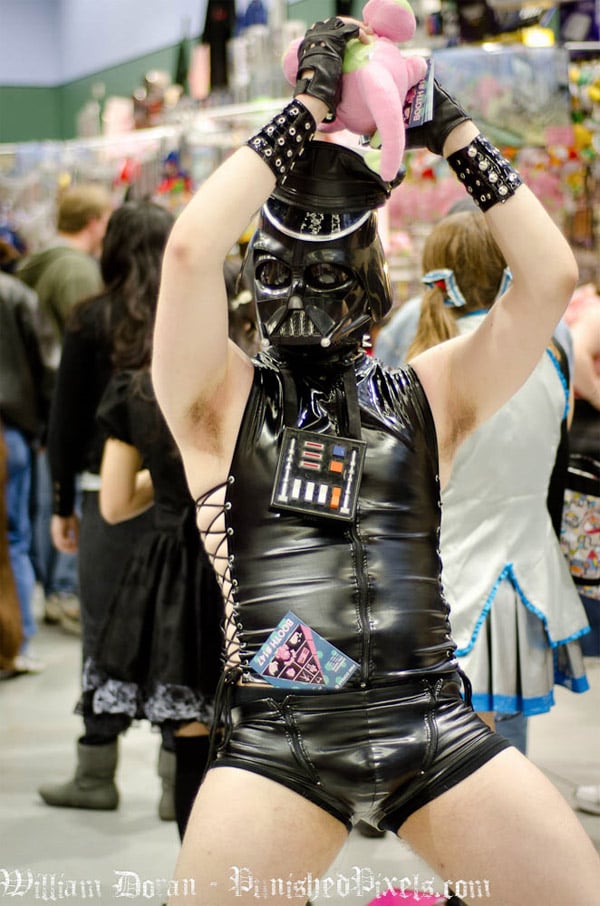 This ridiculous getup was captured by William Doran of PunishedPixels at Sakura-Con 2011 last month in Seattle. The man behind the mask remains – thankfully – unidentified.