DLR Hand Arm System: The Dawn of the Terminator?

Some German researchers over at DLR have come up with an advanced robotic arm that’s actually really sturdy. Initially, the arm might look fragile, but that isn’t the case. Take a look at the video, in which a researcher takes a baseball bat against the robotic space arm. 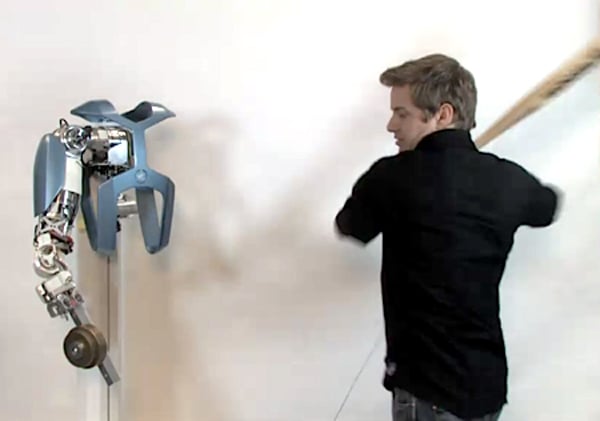 The arm can perform human-like movements and the arm still functions fine, even after someone tried to bash it in. The arm has 52 motors and miniaturized electronics. The joints and actuators are designed to dissipate energy in the case of a collision, making it sturdy.

This could mean that making anthropomorphic robots is closer than previously thought. Does this mean that Terminators are coming soon? Probably not, but systems like these could lead to many innovations in prosthetics and in robotics. 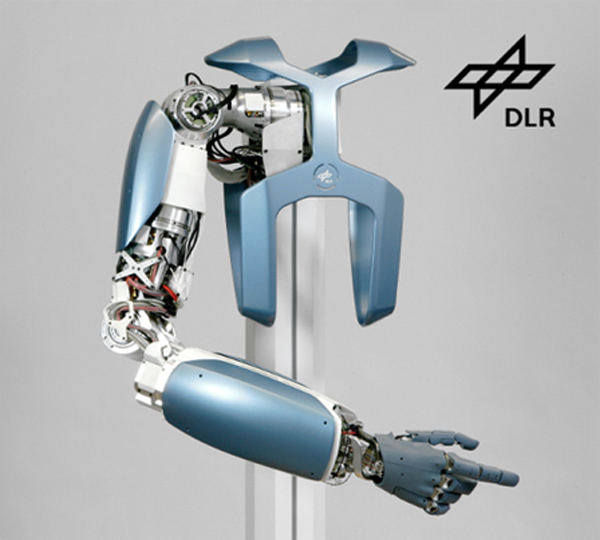