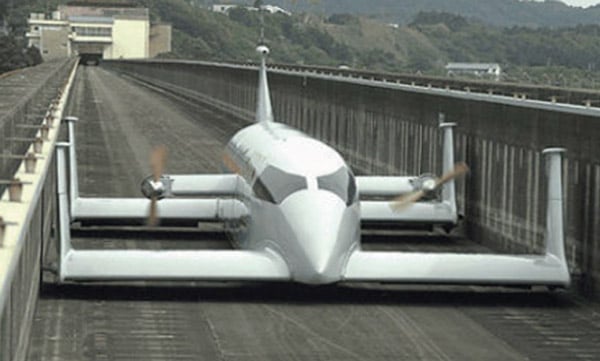 The researchers have constructed a robotic machine that is a ground-effect train. The vehicle floats on a cushion of air, and the prototype is set for a demonstration soon to see how things work out for the design. The vehicle is sort of like a cross between a maglev train and a low flying aircraft.

When I say low, I mean really low, too. It will float only a few inches over the ground, but that is enough to eliminate friction allowing the vehicle to be more efficient and faster.

The prototype unmanned vehicle will go around a “U” shaped track at up to 125 mph. One day trains might be replaced with vehicles using propellers and wings only meant to fly a few inches off the ground.

[via ieee Spectrum via PopSci]