WALL-E Mobile PC Can Actually Move Around, Not Sure on Garbage Collection

German tinkerer Thechoozen from Cologne built this incredible-looking WALL-E robot that has a mini PC inside. That’s not all. The whole thing was made out of sheet metal and also has an RC unit so that this case can actually move around, and he has a pair of webcams hidden behind his eyeballs to capture a 3D POV image wherever WALL-E roams. 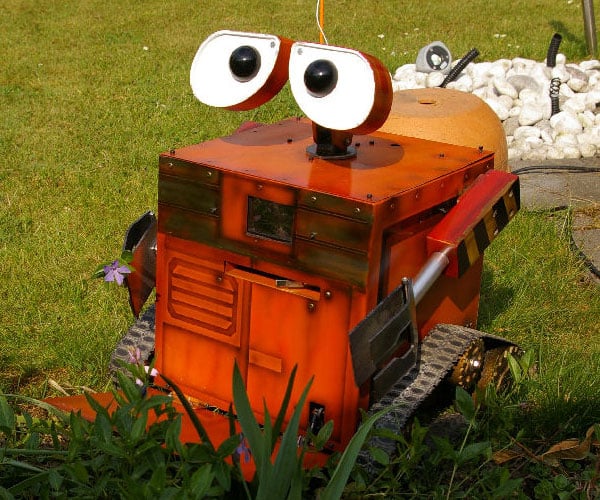 Inside WALL-E, you’ll find an Arduino and some servos as well. The case is pretty awesome, thanks to the details and the paint. The actual build process looks painfully complex, but the result was definitely worth the effort.

Thechoozen admits that his build isn’t complete yet, but all signs point to an incredible mod already. The fact that this WALL-E case can actually move around (and pack garbage into cubes?) is pretty cool as well, though Thechoozen probably won’t be able to surf the web while he moves about. 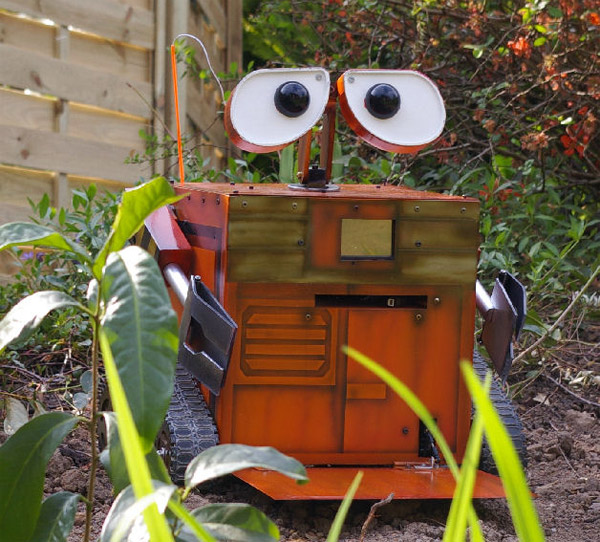