This is our first guest post from the guys over at Clicker.com, a great place to find television programs and movies online. If you love your TV and movies, be sure to check them out.

I’m a big fan of science fiction because it gives us a look at what could possibly be. Many of the inventions found in classic science fiction have actually come to fruition, thanks in no small part to science fiction itself. I’ve compiled this list of the coolest things I’ve seen in movies and television shows that I wish were real.

Hoverboard from Back to the Future Part II (Watch Here) 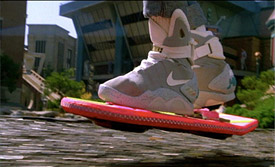 I can only imagine that Santa Claus was very confused in the winter of 1989 when he was getting letter after letter about hoverboards. First seen in Back to the Future Part II, the hoverboard was Marty McFly’s souvenir from the future (it’s okay for Marty to take that to 1985, but not OK for him to take the Sports Almanac). I know I’ve been waiting for this to really come out for my entire life, but my friend said his cousin already has one and that they’re coming out soon, so I’m going to start holding my breath. 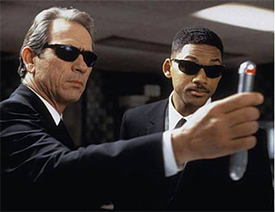 Out of all the cool gadgets from Men in Black, the neuralizer is probably the coolest. It’s part of some of the funniest moments of the film, the most touching moment of the film, and one of the only gadgets mentioned in Will Smith’s rap (though “noisy cricket getting wicked on ya” deserves a mention). Not only does it erase people’s memories, but it’s a great excuse to wear cool sunglasses. Now that I’m thinking of it, though, I wouldn’t be surprised if the real Men in Black have one of these things. 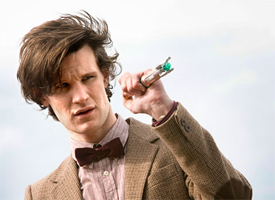 The Doctor’s gizmo of choice on the long-running BBC series Doctor Who can do pretty much anything. The sonic screwdriver has been known to open locks, transmit information and thoughts, perform medical diagnosis, triangulate positions of ghosts, sink ships, operate computers, weld, scan for life-forms, uncork wine bottles, and anything else you can imagine. No Time Lord leaves his home without a sonic screwdriver and it, combined with his TARDIS and psychic paper are part of what makes the Doctor so special. Oh, but it doesn’t work on wood.

Lightsaber from the Star Wars Saga 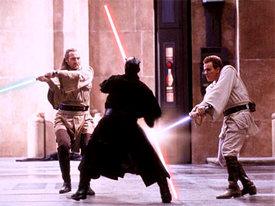 Prequels notwithstanding, Star Wars is still a big deal. (While I’m on the prequels, though, Darth Maul’s DOUBLE lightsaber? The coolest.) What more is there to say about the lightsaber that hasn’t already been said? It’s maybe the coolest idea ever and it’s hard to imagine a world in which lightsabers aren’t something that everyone knows about. Most of the items on this list are things I’d like to own, but I really think I would end up cutting off a limb or two with one of these. 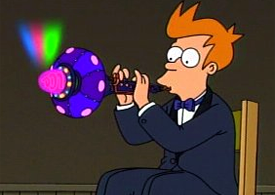 In Futurama’s 31st century, the holophonor is a musical instrument that projects images relating to the music being played. Only a few people have the skills necessary to play it, and they can’t play it very well. In order to impress Leela, Fry takes up the holophonor and is, unsurprisingly, not very good. In a moment of desperation, Fry makes a deal with the Robot Devil for his robotic hands. With the Robot Devil’s hands, Fry becomes a universally renowned holophonor player, but when the Robot Devil attempts to collect his payment, Fry must choose between the hands and Leela. 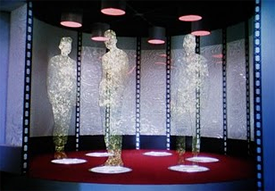 ansporter Beams were first used in the original Star Trek series so they didn’t have to show ships landing on planets in order to save money in the effects and props department. Little did they know the transporter would become a science fiction staple. In the many, many reincarnations of Star Trek the transporter is always present. For all the real inventions we now have thanks to Star Trek, going from point A to point B instantaneously has got to be next on the list- even if it means maybe encountering an evil, mustachioed version of yourself.

This device appeared in the (in my opinion underrated) movie version of the Hitchhiker’s Guide to the Galaxy. Created by Deep Thought and housed on the planet Magrathea, the gun, according to the Guide itself “conveniently does precisely as its name suggests”. When fired at someone, the gun makes that person take on the point of view of the person firing it. This comes in handy for Trillian since Zaphod Beeblebrox has a tough time seeing things from other people’s point of view. 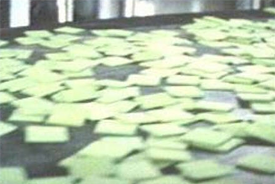 With our own population growing larger and larger, the time is drawing close to think of new and innovative ideas to curb poverty and starvation. The idea may be found in the titular product from the 1973 film Soylent Green. Described as a high-protein plankton, soylent green is introduced as the superior product to soylent red and soylent yellow, the demand skyrockets, and food riots become out of control. I think it’s time to start looking into this miracle food source before– I’m sorry, it’s made of what?! 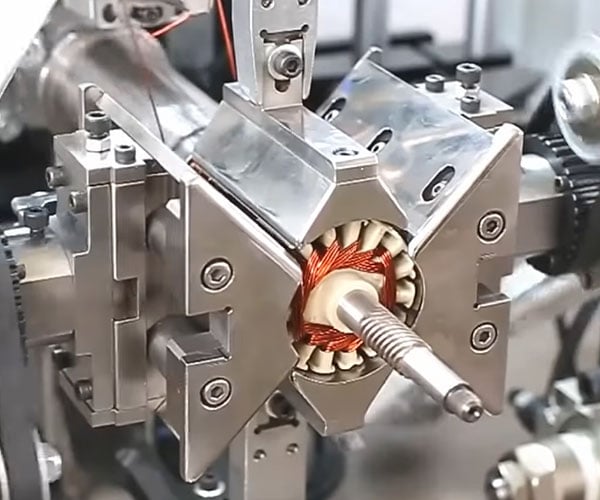 How Motor Coils are Wound