It’s been confirmed that there was a nuclear meltdown in Fukushima, Japan. That’s why I think that the Helios IX, which was developed by the Tokyo Institute of Technology, will certainly be able to help out its human friends, since it won’t get sick or die from radiation poisoning. 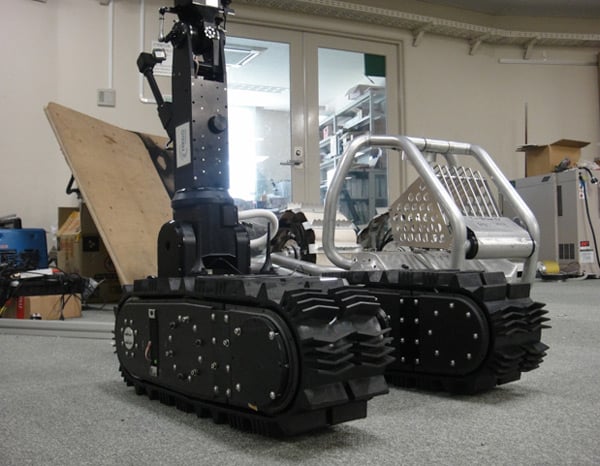 The robot was designed to operate in disaster areas. It can climb down stairs, get over uneven ground, open doors and pick up objects. The Helios IX uses tracks but also its arms when it’s moving. It can be remote-controlled, but it can also operate semi-autonomously.

The Helios IX is supposed to be water, dust, and radiation-proof, meaning that it will work well in all kinds of disaster or dangerous situations where humans can’t go. Without a doubt, Japan needs more of these robots now!